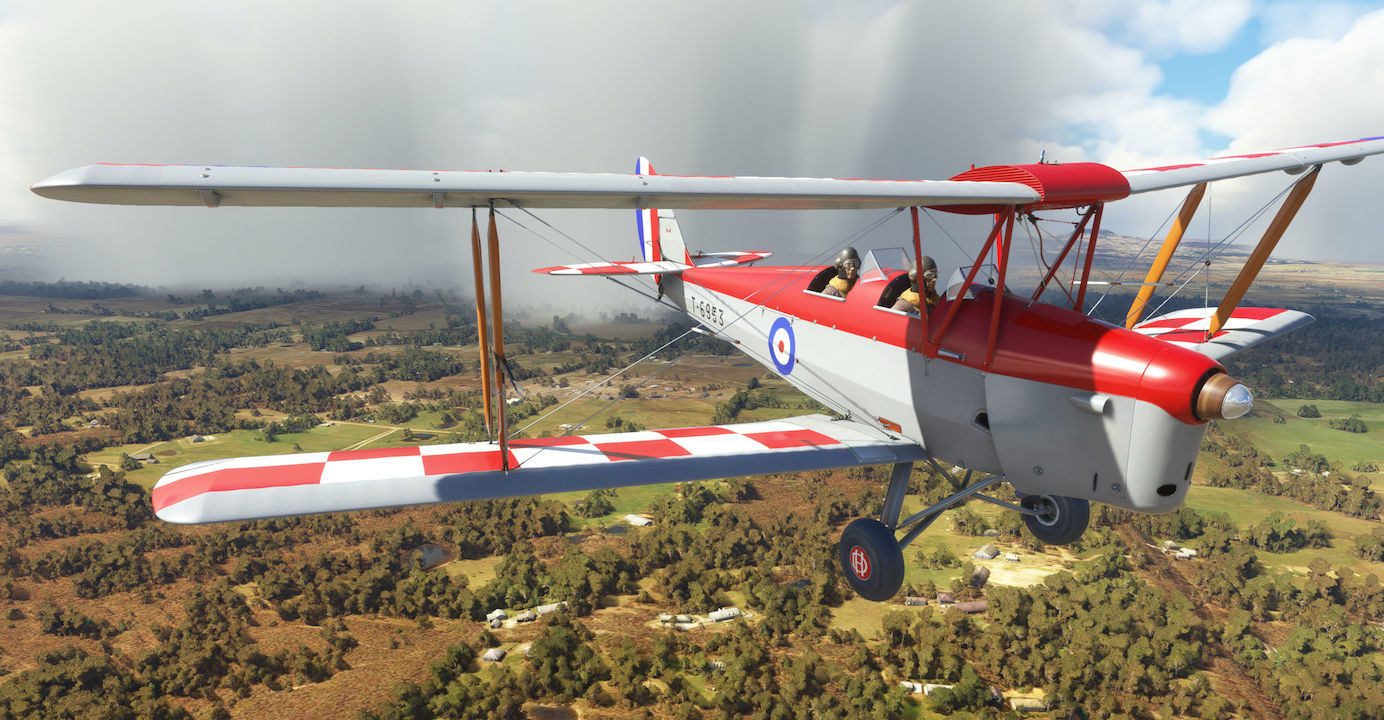 Description
The Tiger Moth was the first ever plane produced by Ant’s Airplanes. In 2019 the Tiger Moth was rebuilt for FSX and P3D and in 2022 the Tiger Moth has been converted for use in Microsoft Flight Simulator with extra detail added to take full advantage of the new features and capabilites of MSFS.

The Tiger Moth first flew in 1931 and quickly became a commercially successful aircraft (8,868 produced) and was the primary military trainer for many Commonwealth nations leading up to and during World War II. After the war many of those Tiger Moths went into private ownership and became a popular training aircraft at flight clubs. Even today there are still around 650 airworthy Tiger Moths and it is arguably the most famous biplane ever built.

Special thank you to Bev and Steve from Tiger Moth Byron Bay. This model is based largely on their VH-PCG aircraft which they were kind enough to let me record sounds and photograph. If you are in Byron Bay then you should make a booking for a scenic or aerobatic flight. They are located just north of Byron Bay at Tyagarah airfield.

• Highly detailed model. Fully modelled aircraft including the engine and pilot and copilot models
• Includes 10 different repaints
• Full manual engine start procedure including engine priming and propeller pull
• Autostart is supported for those who would like a quick engine start
• Select Easy or Hard engine realism. In Hard mode oil consumption can lead to engine failure, sparkplug fouling is simulated and the engine must be properly primed to start
• High FPS propeller animation. Custom code provides the smoothest possible propeller animation including accurate propeller stopping animations
• Oil consumption. Old aircraft consume lots of oil and the Tiger Moth is no exception. Set oil levels in the fuel and payload screen. In Hard engine realism mode low oil levels will lead to eventual engine failure
• Sparkplug fouling in Hard engine realism mode. If the engine is below 900 rpm carbon deposits will build up and affect engine performance. – Persistent fuel and oil levels. Automatically saves the fuel and oil levels at the end of each flight and reloads them on the next flight (can be turned off)
• GPS available. The default Aera GPS is available as a popup which can be placed into various positions within the cockpit depending on the user’s needs
• Tablet available. A popup tablet provides access to user preferences as well as a simple autopilot and radios if required. A page for the manual engine start procedure makes it easy to see the state of the aircraft
• User preferences. Various user preferences are automatically saved at the end of each flight. User preferences can be set either by clicking on items in the cockpit or by using the Tablet popup
• Set the appearance of such things as the air intake type, pitot tube style, venturi location, show/hide the windy airspeed gauge etc
• Select either tail skid or tail wheel
• Customisable instruments. Select from 3 different types of airspeed gauge, 2 styles of altimeter and adjust the rotation angle of the engine RPM gauge
• Removable engine cowlings and prop. On the ground the engine cowlings and propeller may be removed for inspection/maintenance/screenshots
• Windscreen transparency. Switch between clean and dirty windscreens directly in game