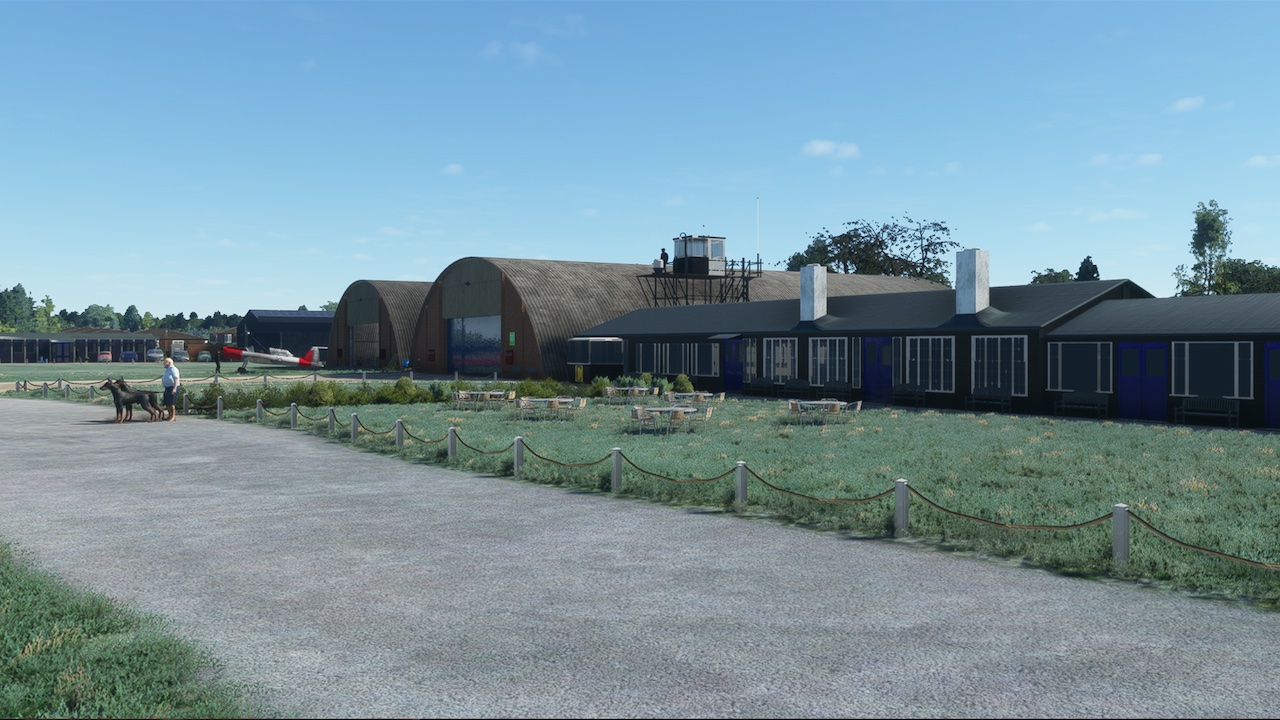 Description
Nestled in the almost perenially green Berkshire countryside, some twenty five miles West of London, White Waltham is the largest grass airfield in Europe, it boasts the largest flying club in the UK, and is home to over one hundred and fifty general aviation aircraft.

White Waltham is steeped in history and was originally founded by the De Havilland family in 1928 for use as a training field for the famed de Havilland Flying School. During the second World War White Waltham was requisitioned by the UK Government and became home to the Air Transport Auxiliary which used the field as a base to ferry new, repaired and damaged military aircraft between factories, assembly plants and active service squadrons and airfields.

After the war White Waltham became a testing airfield for Fairey Aviation and later Westland Helicopters. Several famous aircraft designs had their first flight at White Waltham including The Fairey Rotodyne, Westland Wasp and Fairey Gannet.

The airfield has achieved some fame over it’s almost hundred year old lifespan and has appeared numerous time in films and television programmes. The late Prince Philip, Duke of Edinburgh was taught to fly in a De Havilland Chipmonk at White Waltham in the 1950s, and this event was dramatacised in the hit television show, The Crown.