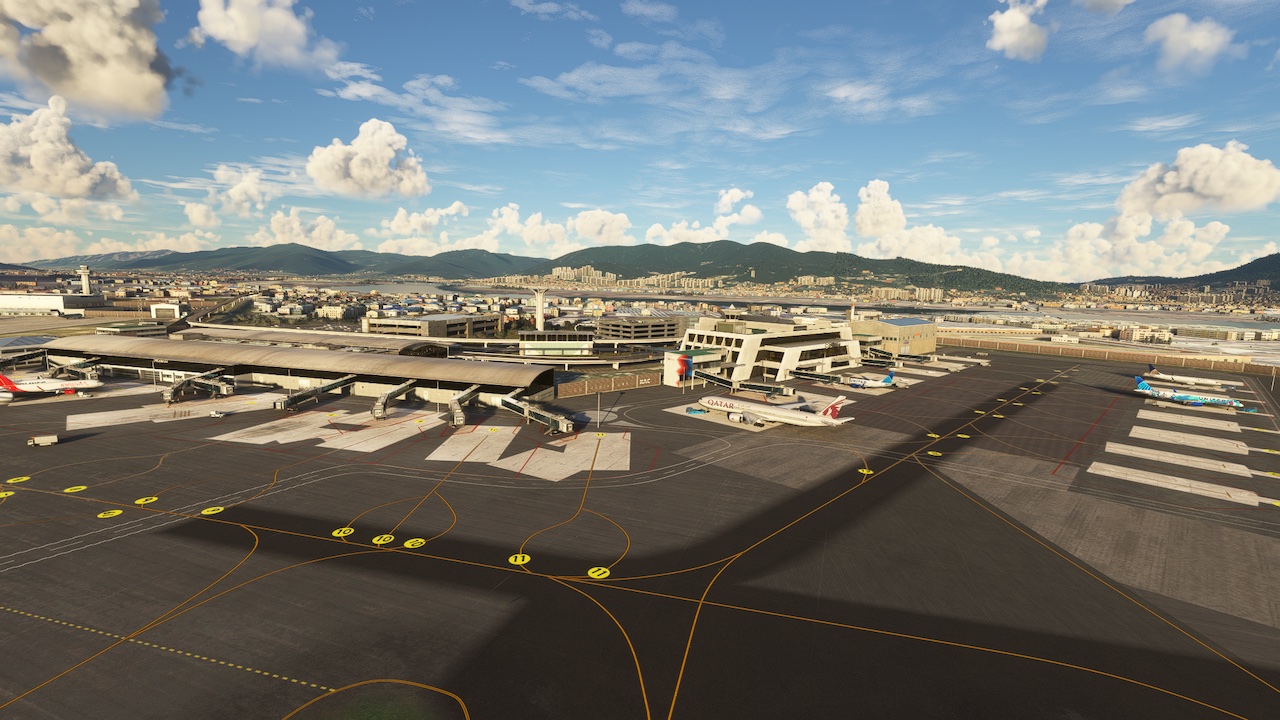 Info
Warning: This airport conflicts with SamScene RKPK airport, only use one of the two (DominicDesignTeam recommended).
Changelog
v1.1.0:
– Add circle approach light

As the airport is now beyond its design capacity and surrounded with mountains, buildings etc, a new airport is proposed to be built on Gadeokdo to meet growing demand.Because Gimhae Airport is sharing with military, taking photograph or video of apron, runway and military facility is strictly prohibited.