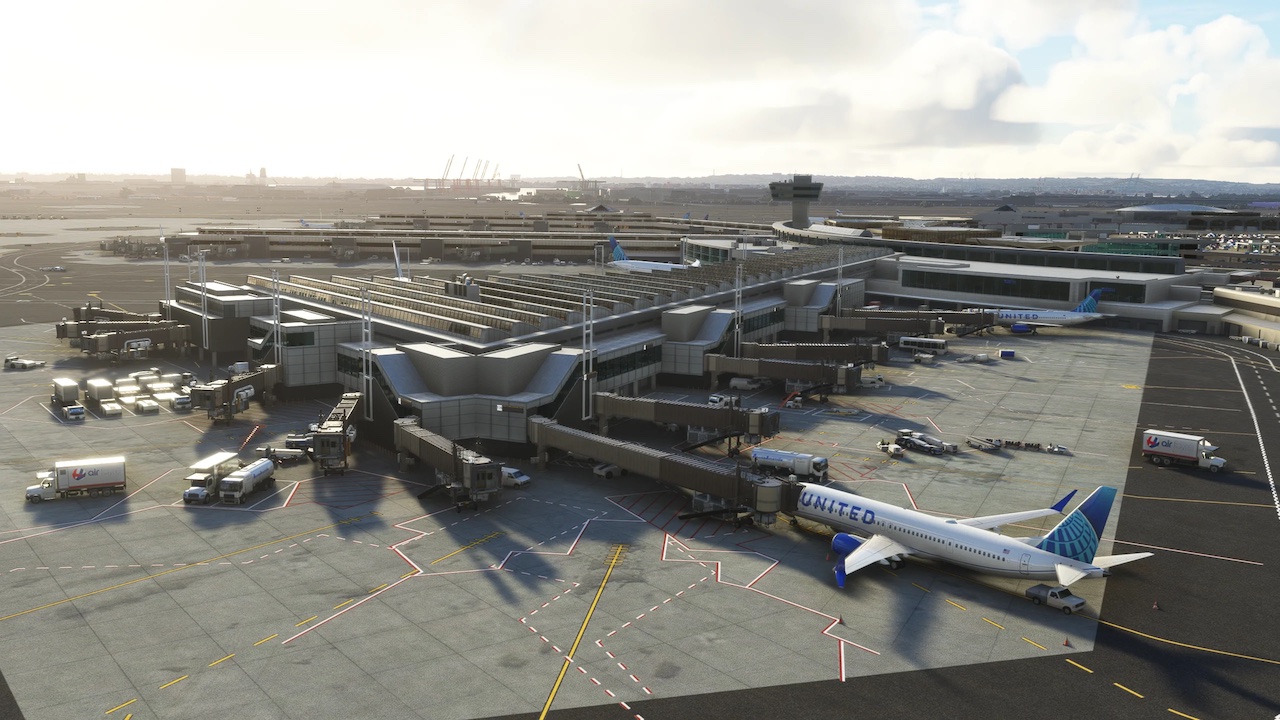 Info
Warning: This airport conflicts with Final Approach Simulations KEWR airport, only use one of the two (Drzewiecki Design recommended).

Note: To remove various objects on the airport, go to “drzewieckidesign-airport-kewr-newark-liberty\scenery\KEWR Newark Intl MSFS” and rename the following files:

On August 3, 1927, Newark’s mayor, Thomas Raymond ordered plans for a new airport as people and organizations began calling for a new airport in the area of Newark. Construction began on April 1, 1928. The airport opened on October 1, 1928, as the Newark Metropolitan Airport. It was the first major airport to serve the New York metropolitan area and the first airport in the United States with a paved airstrip.

The nation’s first air traffic control tower and airport weather station opened at Newark in 1930 (following a flight that crashed outside of Kansas City, killing five people, including a U.S. senator), and it became the first airport to allow nighttime operations after installing runway lights in 1952. The Art Deco-style Newark Metropolitan Airport Administration Building, adorned with murals by Arshile Gorky, was built in 1934 and dedicated by Amelia Earhart in 1935. It served as the terminal and a control tower until the opening of the North Terminal in 1953. Construction of the Brewster Hangar began in 1937 and continued through 1938. This hangar was the most advanced of its time. It was added to the National Register of Historic Places in 1979 and is now a museum and Port Authority Police headquarters.

In 2016, the Port Authority approved and announced a redevelopment plan to replace Terminal A, set to fully open in 2022.