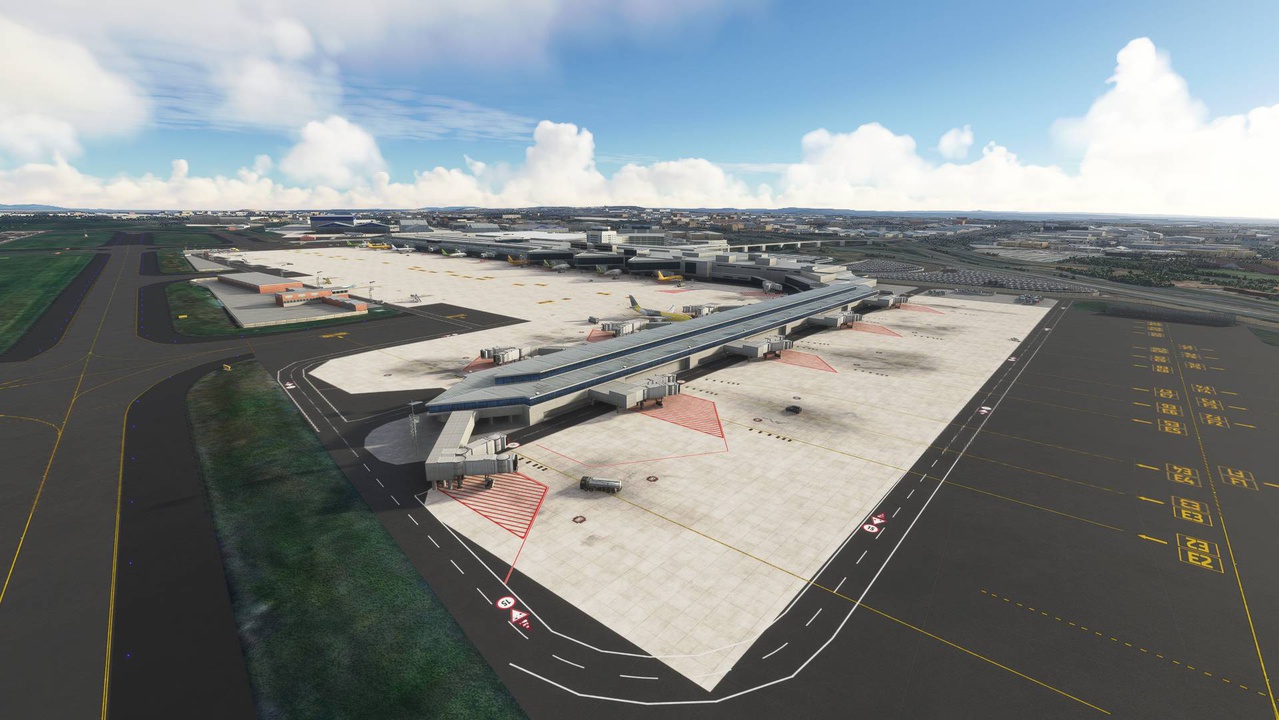 Info
Warning: This airport conflicts with Gaffer Simulations FAOR airport, only use one of the two (Gaffer Simulations recommended).
Changelog
v5.3.8:
– Added helicopter starting points
v5.3.7:
– Fixed the runway Wig Wags that were too bright
– Fixed the airport terraforming that was too aggressive on some spots
v5.3.6:
– Added Level Of Detail to all airport buildings
– Added PBR Texturing to all objects
– Added an Airport Services file for this airport
v5.3.5:
– Replaced the skidmarks on the runways with a better texture

Description
Opened in 1952, Johannesburg / OR Tambo International Airport (FAOR) is the largest airport in South Africa, and the busiest. It is also a major gateway for tourist traffic and located 24 kilometers (15 mi) from the Johannesburg city center.

OR Tambo International Airport is bordered by the suburbs of Alberton, Brakpan, Germiston and Kempton Park. It was established in 1952 as the Jan Smuts International Airport, named after Field Marshal Jan Christian Smuts, who was the Prime Minister of the Union of South Africa from 1919 to 1924 and from 1939 to 1948 as well as a staunch opposer of “Apartheid”.

In 2006 the airport was renamed to OR (Oliver Reginald) Tambo International Airport, after the former president of the African National Congress (ANC), hence the change in the Airport ID from FAJS to FAOR.