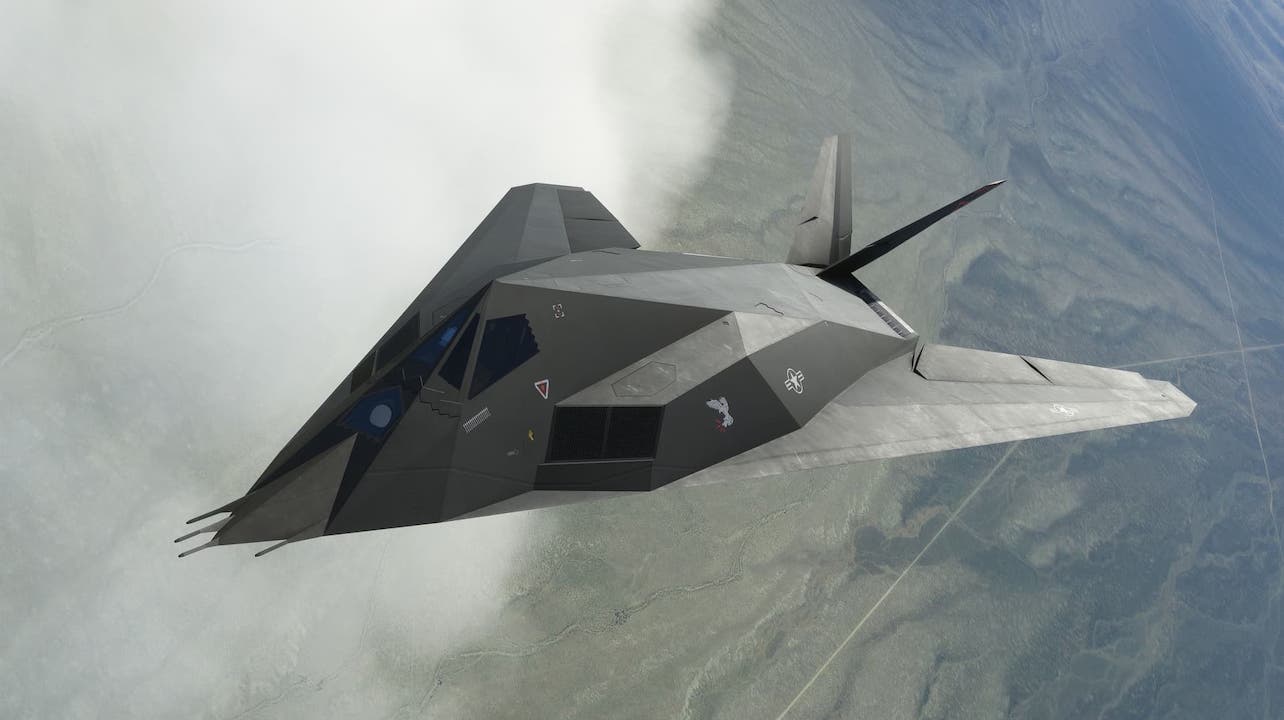 Changelog
v1.1.0:
– Added:
– IRADS Screen
– Elevons droop on ground with no hydualic pressure
– Interior Window tint can be turned off

– Fixed:
– If you are not flying the F-117, other F-117 will no longer have the left bombbay stuck open
– Other F-117 now have sounds in mulitplayer
– Caging backup attitude indicator caused plane to flip
– Emergency Gear handle works again

Description
The F-117A is an American single seat, twin engine stealth attack aircraft. It first flew in 1981 and was placed into service in 1983. It was official retired in 2008 but has since been seen fiying as a training aircraft. In total 64 F-117 were built.