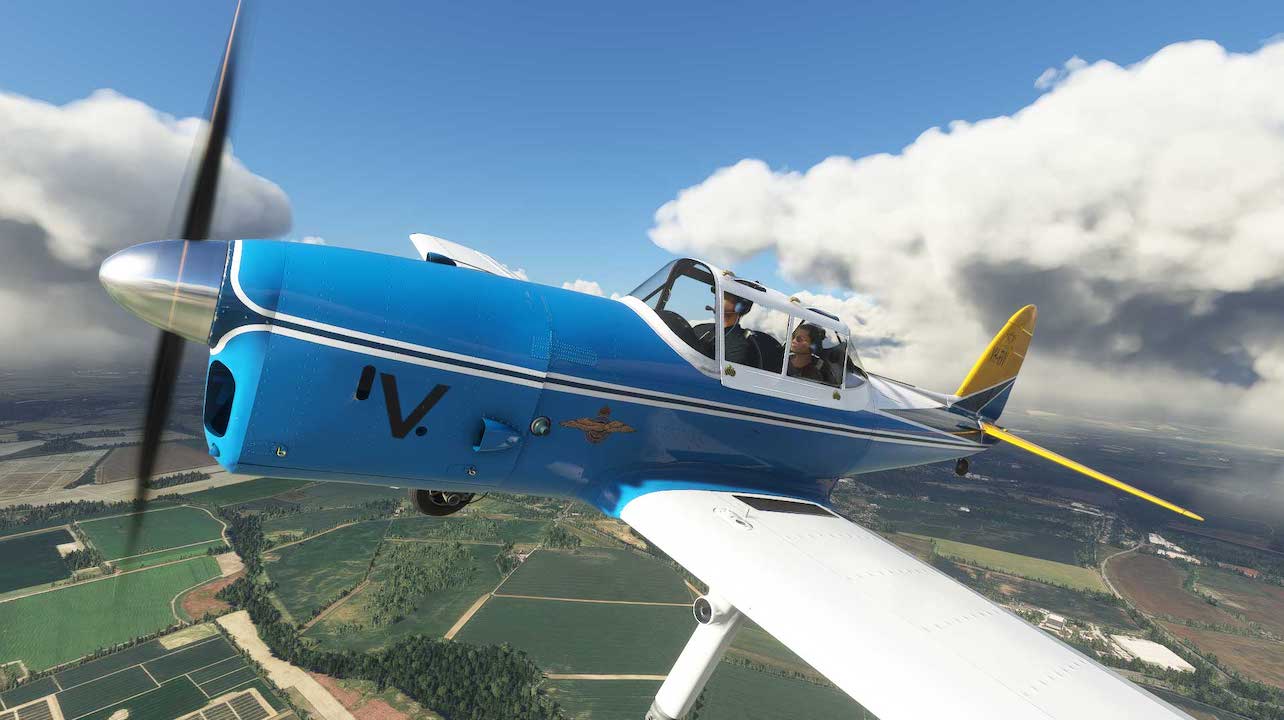 Designed by Wsiewołod Jakimiuk, the chief designer/engineer at de Havilland Aircraft of Canada, the DHC-1 was developed to replace the legendary but ageing DH Tiger Moth as a principal military air force two-seat trainer. The prototype first flew on 22nd. May 1946 and the design remained largely unchanged right through to its withdrawal from general service as late as 1996.

A “bubble” canopy version, DHC-1B-2-S3 (Chipmunk T.2), was developed for use by the Royal Canadian Air Force as fighters such as the P51d Mustang and North American Sabre jets of the period were employing such canopies.

The most common variant, the one depicted in our simulation was the British-built T.10. This version is the one most commonly recalled by ATC pilots of the day and is still in service with many private owners and aero-clubs around the world.

A total of 1,284 Chipmunks were built over the life of the type.