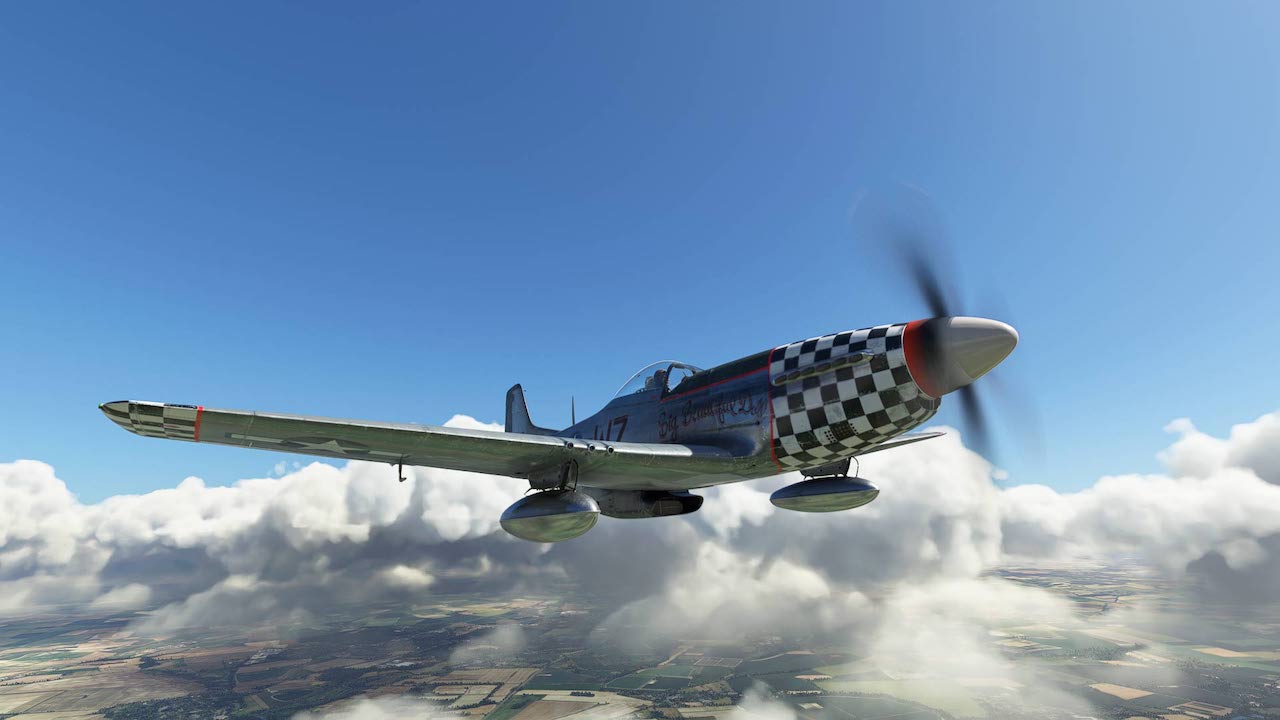 Changelog
v1.2.0:
– Addressed the bug on the loadouts
– Addressed the texture mismatch on all modern civilian versions
– Output with SU9 SDK ( not sure if it matters )
– Added Bob hoovers racer ( Early racing livery and as it appears now ).
– Removed the prop blur shadow ( it was annoying ! )

Description
The P-51 D , built by North American Aviation is a single-seat low wing aircraft powered by a ( under licence ) Packard built Rolls Royce Engine. Originally designed as part of a proposal to design a a completely new fighter from ground up the P51 saw a number of roles during the second world war and in fact well into the 50’s and the advent of the jet age.

The P-51 was not without its problems. In particular the earlier version suffered from a problem with vision especially to the rear and a lacklustre performance. This was remedied with a bubble canopy and the addition of the Merlin engine.

First seeing action with the RAF the American armed forces were to take up the majority of the use during latter stages of WW2. Merlin powered Mustangs were to start their first of many missions to escort long range bombers in mid-December 1943. The P51-D’s were to prove superior to the premier german fighters of the time the Me-109 and the Fw-190 . About 13 000 Merlin powered Mustangs were produced in the United states. They continued to serve past the WW2’s end and some were even used in a ground attack role during the Korean war. They last saw combat in the 1969 “Soccer War “. Now they can be found either in racing guise or as highly restored examples at airshows throughout the world.