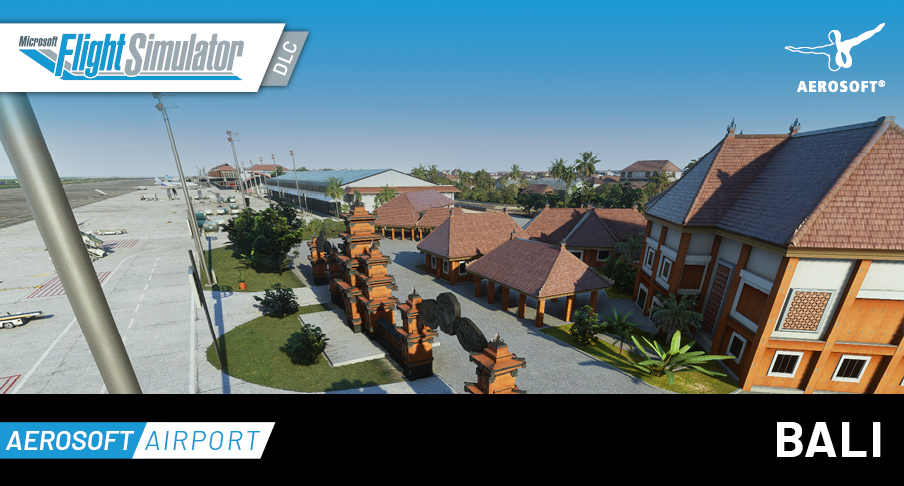 Description
The Ngurah Rai International Airport, named after an Indonesian war hero, has grown to become the third busiest airport in Indonesia.

Thanks to a recent overhaul, it is equipped with entirely new, modern international terminal facilities. The surrounding area of the airport used to be pure forest/jungle, but has since been built densely with housing/hotels and numerous small buildings.

The airport serves many international and domestic airlines, and the runway extension out to the sea has made it possible to accept heavy airplanes, such as Airbus A330, Boeing 747 and 777, among others.

• Custom aerial image for airport and surrounding
• Custom made ground details and textures for aprons, taxiways and runways for realistic depiction of the layout
• Detailed models of airport buildings with PBR materials
• Realistic looking surrounding scenery with custom, Bali-style buildings
• Airport layout and terminal updated to reflect the late 2020 – early 2021 situation of the airport, with new buildings, such as the new south control-tower
• Animated jetways
• Dynamic night-lighting
• Optimized for Performance