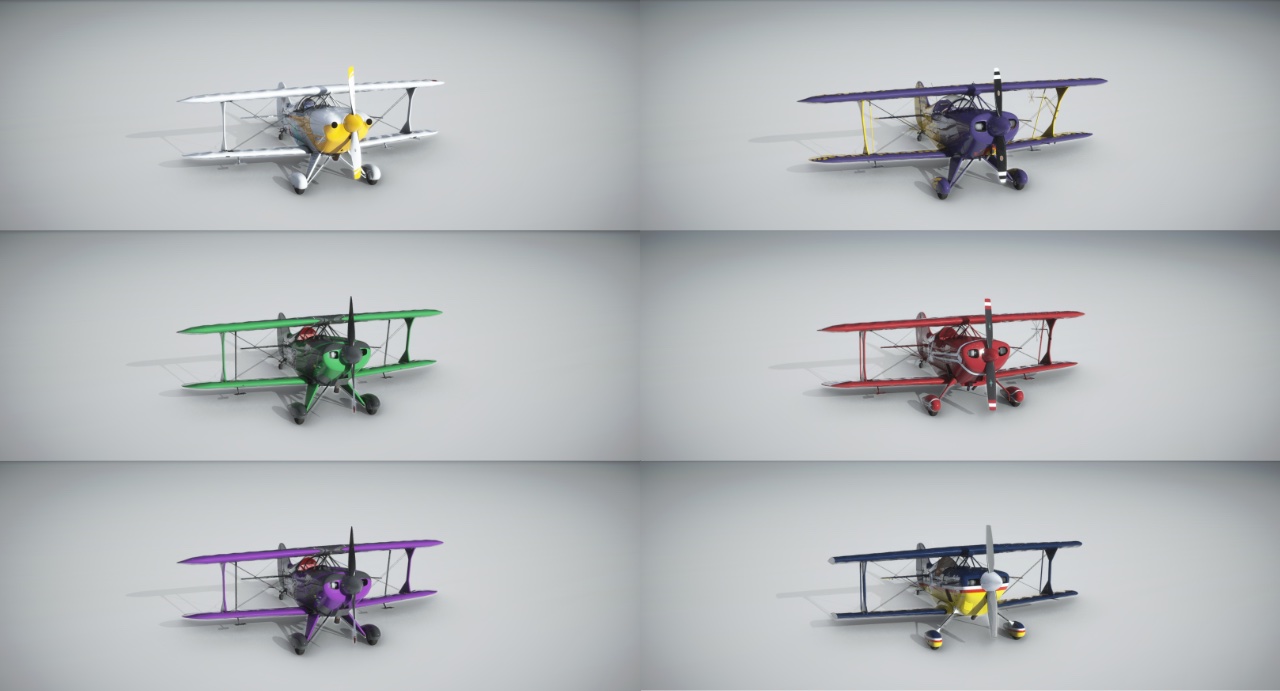 Info
Note: These are only aircraft, it does not include Reno Air Race functionality.
Changelog
v0.1.33:
– No official changelog provided
– Built with new SDK
– Updated translations
– Fuel system fixes?

Description
This pack contains ten celebrated Pitts Special aircraft that have competed in the Reno Air Races through the years. The Pitts Special is a family of light single-engine aerobatic biplanes created by Curtis Pitts that first flew in September of 1944, and dominated internatinoal aerobatic competitions in the 1960s and 1970s.

Each aircraft has heen modelled with accurate liveries and flight models, in collaboration with the aircraft owners.