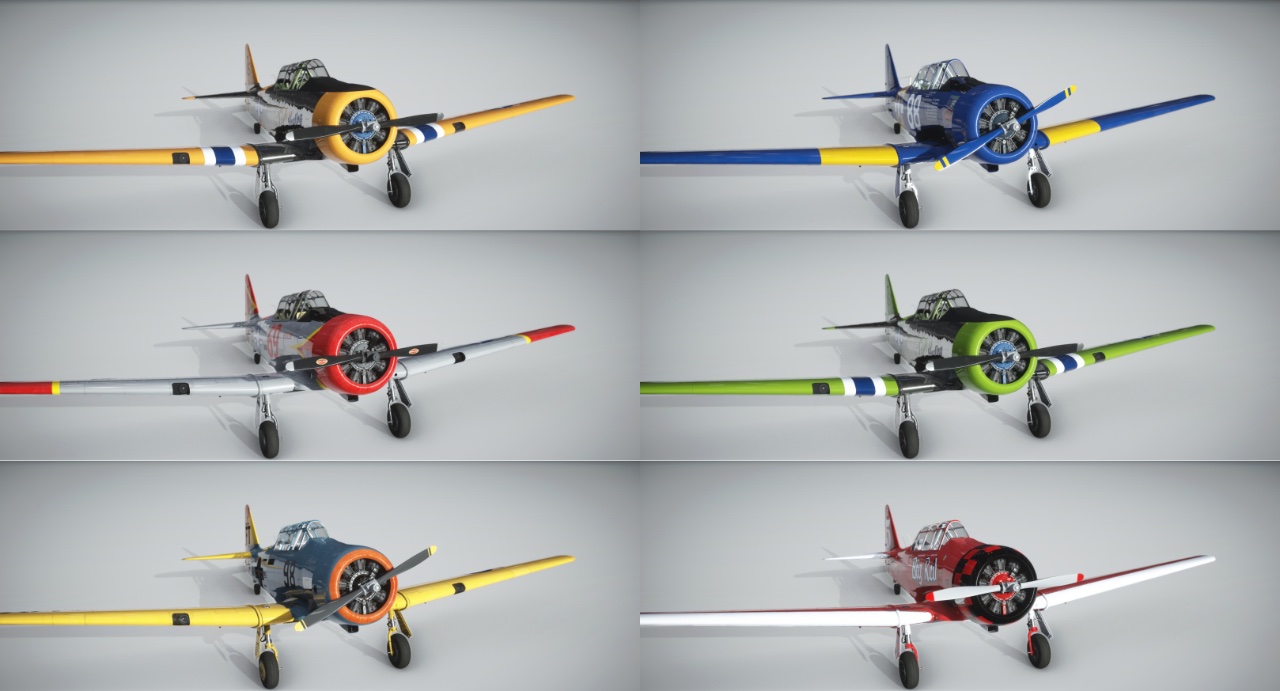 Info
Note: These are only aircraft, it does not include Reno Air Race functionality.
Changelog
v0.1.37:
– No official changelog provided
– Built with new SDK
– Updated translations
– Fuel system fixes?

Description
This pack contains ten iconic T-6 Texan aircraft that have competed in the Reno Air Races through the years. The T-6 Texan is a two-seat, single-engine, propeller-driven military aircraft that was produced by North American Aviation, and used by the militaries of more than 60 countries from the late 1930s through the 1990s.

Each aircraft has heen modelled with accurate liveries and flight models, in collaboration with the aircraft owners.