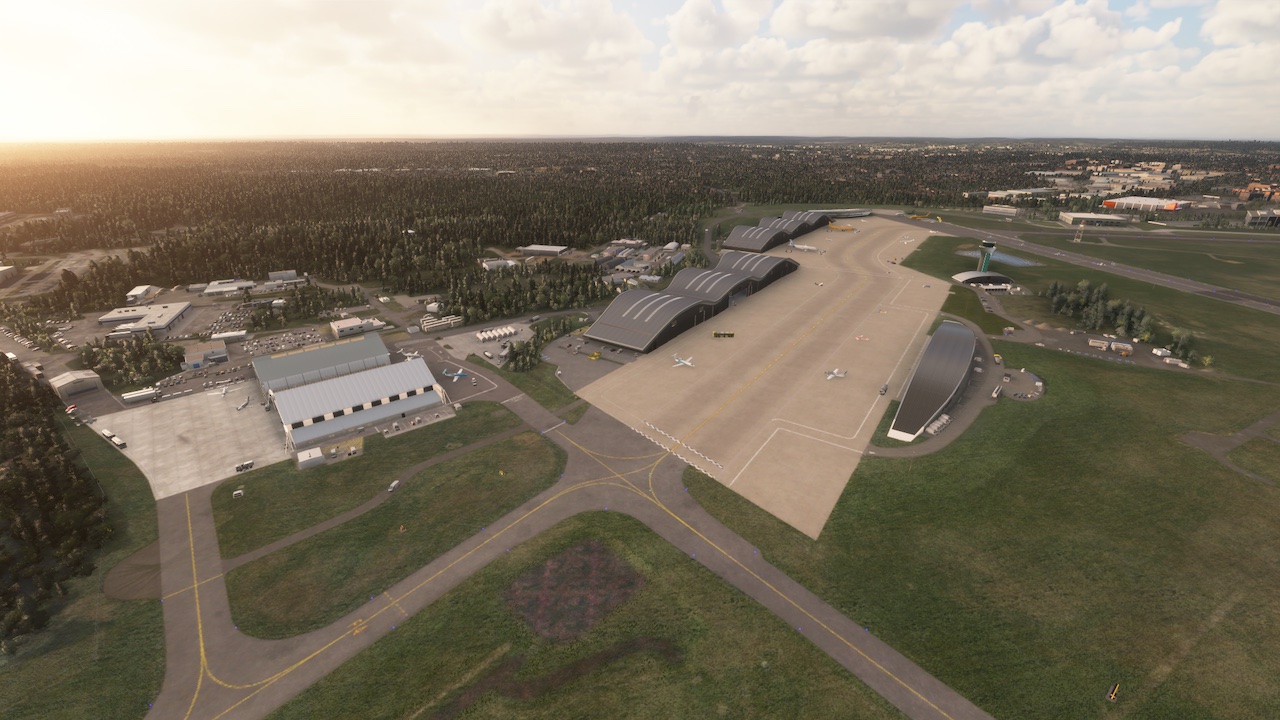 Changelog
v1.4.2:
– Updated rough/metallic textures for numerous objects
– Fixed location of PAPI for both RW06 and RW24 so that it reflects the correct location in relation to the touchdown markers.

Description
Burning Blue Designs is exceptionally proud to present our largest and most detailed project by far, Farnborough Airport for Microsoft Flight Simulator. The team at Burning Blue Designs has grown, and so has our scope, and we are extremely confident in saying that Farnborough is the most detailed Airport as yet released by any developer for Microsoft Flight Simulator.

Farnborough has perhaps the richest history of any airport in the United Kingdom, and boasts a significant history dating back to 1908 when Samuel Franklin Cody, a Wild West showman accomplished the feat of the first powered, controlled and sustained flight in the United Kingdom. Cody’s audacious endeavour granted Farnborough the illustrious title, ‘The birthplace of British Aviation’

The Royal Aircraft Establishment (RAE) was created at Farnborough a year after Cody’s flight in 1909 and was where aircraft designers such as Geoffrey de Havilland and Henry Folland found fame, and over the course of more than fifty years designed, the RAE built and tested hundreds of aircraft at the airport including the Harrier and Concorde.

Today Farnborough is renowned worldwide with it’s yearly airshow attracting over 80,000 visitors and hosting over 1500 exhibitors all viing for a business in the incredibly lucrative civil and military aviation sectors. During the rest of the year Farnborough sees over 30,000 business jet movements and is UK’s busiest and most prestigious business aviation hub, hosting a swathe of business jets companies.