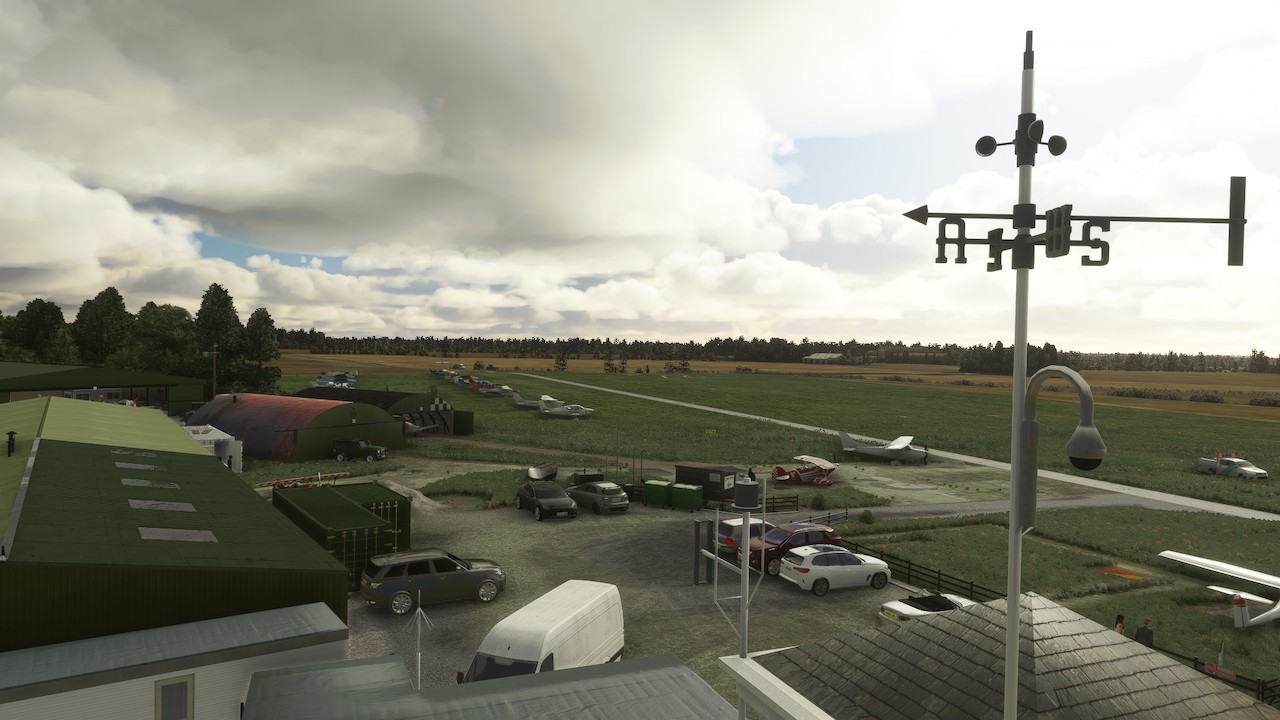 Description
Andrewsfield is a pretty little aerodrome sitting atop a small hillock just North of London in the rolling fields of the Essex countryside. Andrewsfield was built by The United States Army Air Force in 1942 in order to help accommodate the huge swathes of bombers and crew coming over from the US and into the UK to aid the war effort.

Originally named ‘Great Saling’, the airfield’s name was changed a year later to Andrews Field in honour of Lieutenant General Frank M Andrews, one of the founders of The United States Army Air Force.

Both the USAAF and RAF flew a number of squadrons and aircraft types from Andrewsfield throughout the war; but the Martin B-26 Marauder was by far the post prevelant of these and will always be the aircraft most closely accociated with the Andrewsfield.

• Over 70 custom 3D objects have been created exclusively for Andrewsfield Aerodrome, each with full Physical Based Rendering (PBR) allowing for far more realistic textures
• There are thousands of carefully placed stock assets, every cone, weed, post and shrub, along with an assortment of ground workers has been placed in it’s correct location ensuring an atmosphere of a working airfield
• High resolution colour corrected ground textures taken from Bing maps and manipulated for consistency and realism which far surpasses the quality of the stock Microsoft Flight Simulator 2020 ground texture
• Working custom Windsock
• Custom Dassault Mystere IV – Registration 8-ND
• Full night lighting placed across the airfield and within and around the hangars and buildings
• Correct AI pattern procedures and accurate taxiway and runway placement have been incorporated into the release
• The surrounding area has been enhanced:
• Fields and farms have been enhanced with agricultural equipment and hay bales
• Roads around the airfield have been improved with correct markings and colours