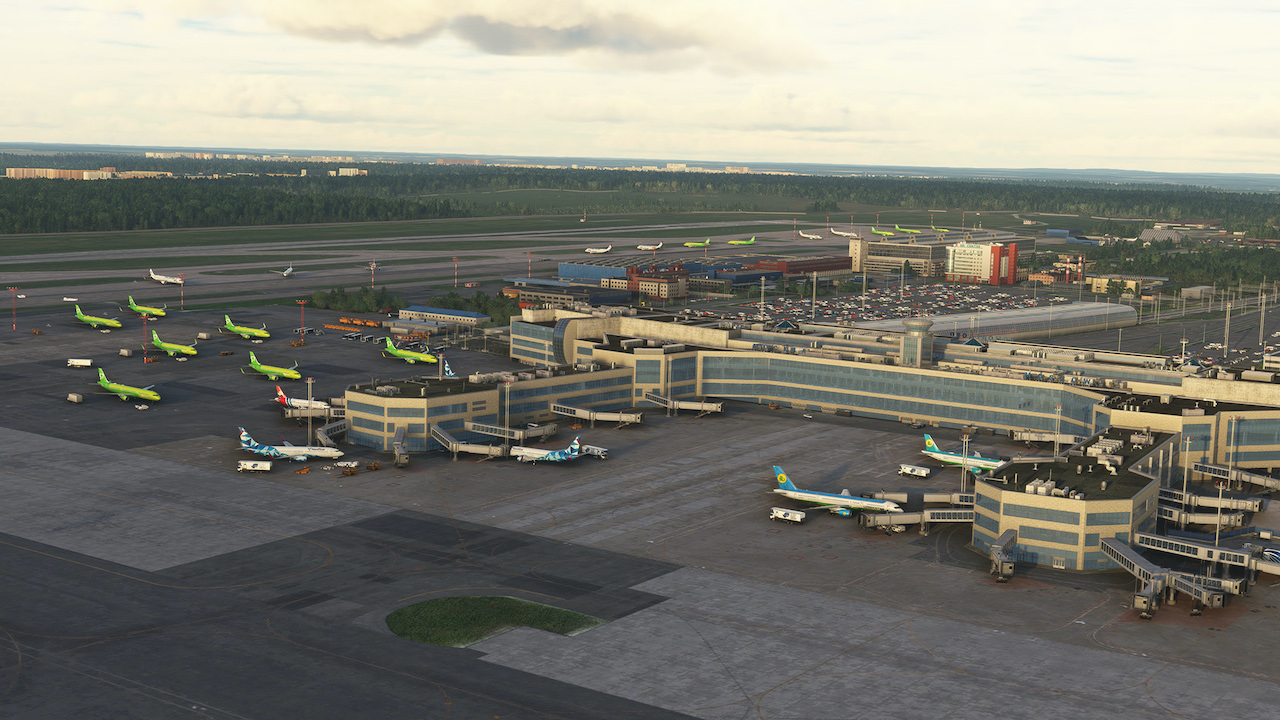 Info
Warning: This airport conflicts with Drzewiecki Design UUDD airport (Moscow Landmarks), to make them both compatible follow the info on the Drzewiecki Design Moscow Landmarks post (Digital Design recommended).
Description
Domodedovo Airport is one of the four major Moscow airports, one of the largest airports in Russia.
Serves regular flights in Russia, also to Europe, Asia and Africa and is the second largest Russian airport after Sheremetyevo, is the Moscow hub of the Oneworld global alliance and in particular the second largest passenger traffic of Russian airline S7 Airlines.
It is one of the twenty busiest airports in Europe.
In 2019, the airport was renamed in honor of the Russian scientist Mikhail Lomonosov