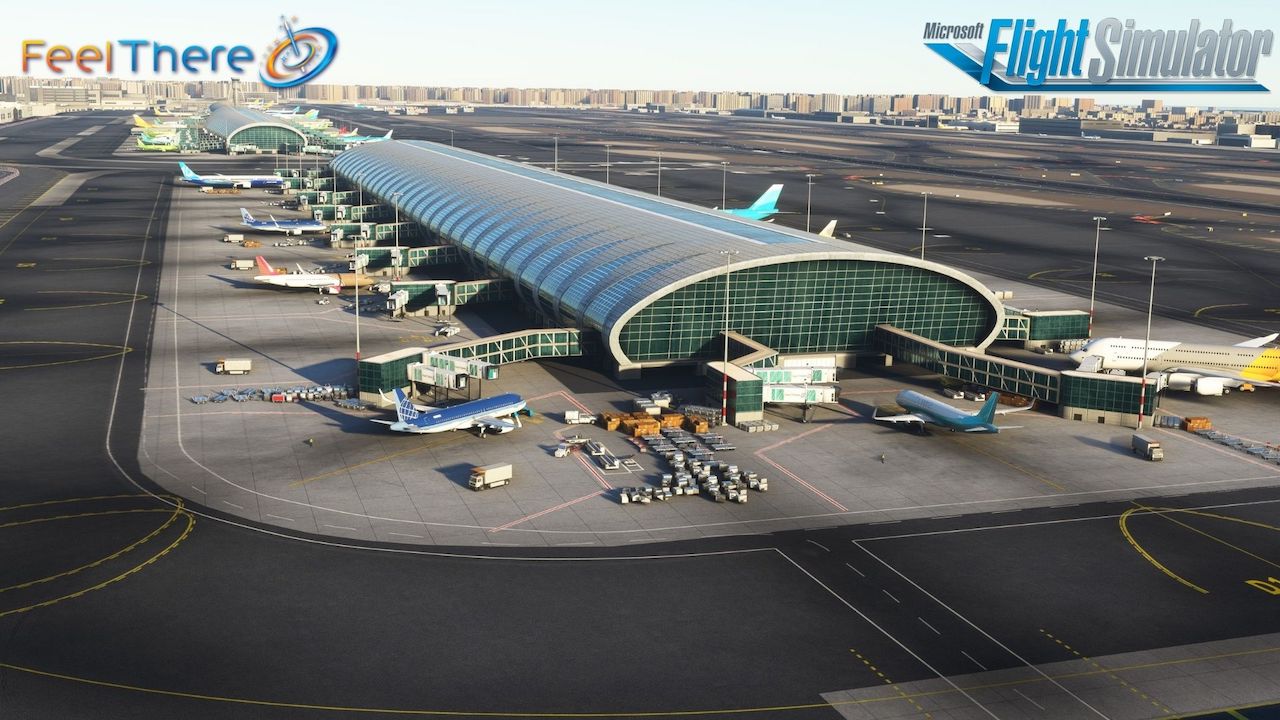 Info
Warning: This airport conflicts with Asobo Studio OMDB airport, only use one of the two (FeelThere recommended).
Description
IATA: DXB, ICAO: OMDB

It’s the airport with the highest average number of passengers per flight. DXB handled 88 million passengers and 2.65 million tonnes of cargo and registered 409,493 aircraft movements in 2017 only. T3 is the second largest building in the world by floorspace and the largest airport terminal in the world. Emirates Airline has its hub airport in Dubai International and has their own terminal 3 with 3 concourses. The Concourse A of Terminal 3 is dedicated to the giant Airbus A380 aircraft. It opened in 2013 for this purpose. Imagine how big an airport might be to ensure the simultaneous boarding of more than 800 passengers. The aircraft capacity forces to provide the best airport services to the clients. The airport uses underground trains and tunnels to connect the Concourse A to the other parts of the building.