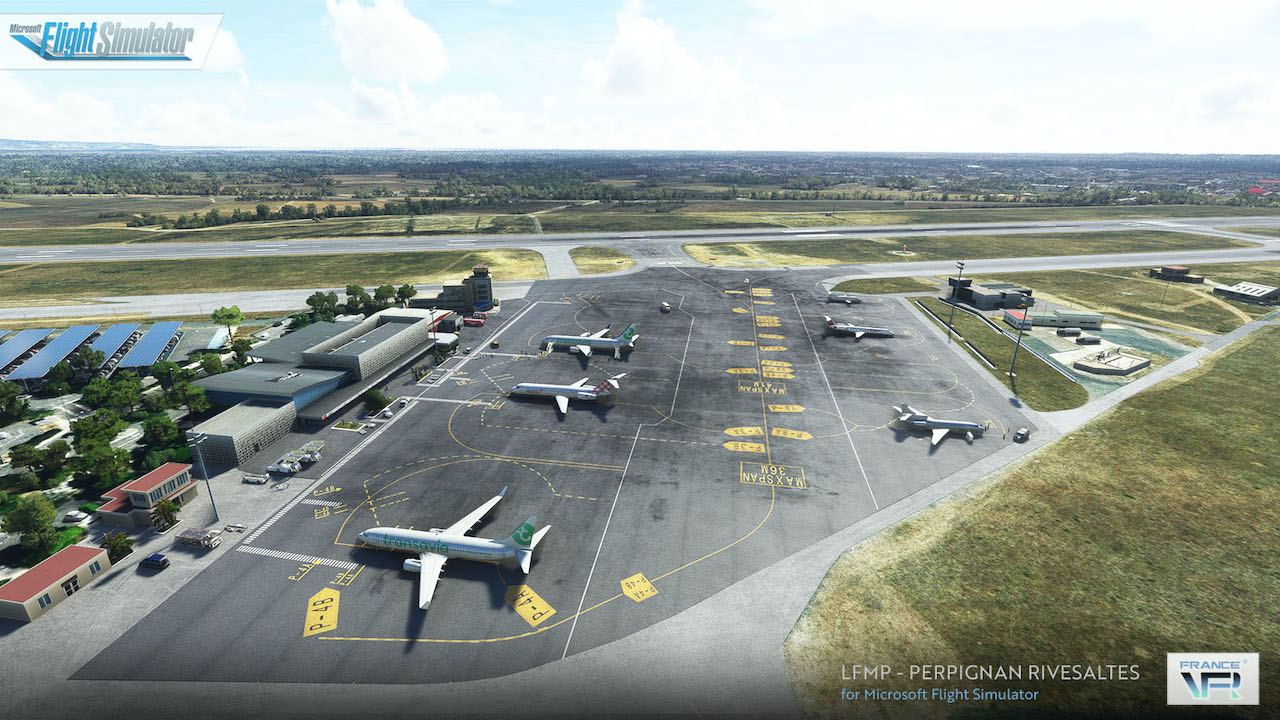 Info
Warning: This airport conflicts with BEAUTIFUL MODEL of the WORLD LFMP airport, only use one of the two (France VFR recommended).
Description
Perpignan Rivesaltes Airport is a French international airport located in the city of Perpignan in the Pyrenees Orientales department in the Occitanie region.

LFMP – Perpignan Rivesaltes is an airport add-on for Microsoft® Flight Simulator® from the Airport FRANCE Pack #2 which models Perpignan Rivesaltes airport in extremely detailed fashion, including airport buildings, textures and ground markings as well as its night lights and many objects on the platform.

The Airports FRANCE range for Microsoft® Flight Simulator® has been designed to offer once completed about 30 of the most famous and/or frequented French commercial airports.

Our goal for all the products in this range is above all to offer mixed IFR/VFR platforms offering the best possible compromise between homogeneity, visual rendering and search for realism while offering very attractive prices through “bundles” grouping several airports in one package.