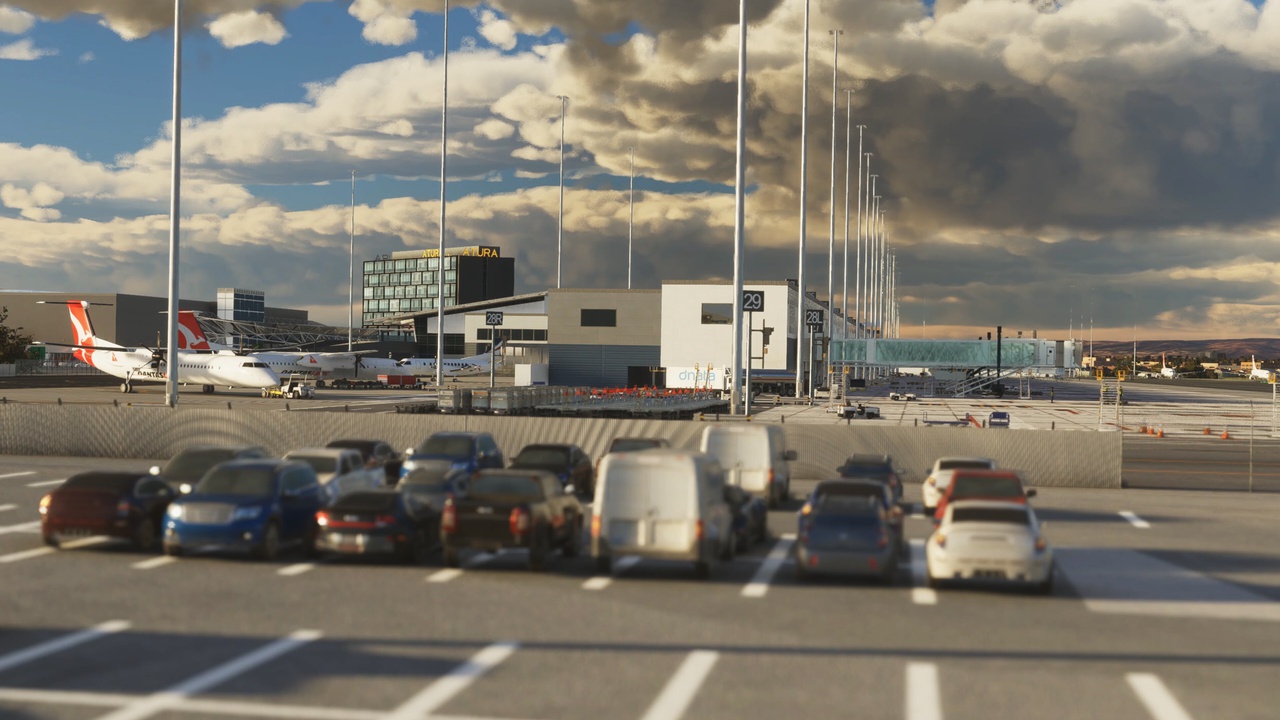 – It is still suggested to use this product with photogrammetry disabled.

Description
It’s finally here, a highly detailed rendition of Adelaide International Airport – YPAD for Microsoft Flight Simulator. The likes of which have never before been seen across any other flight simulation platform. YPAD caters for an abundance of aircraft types ranging from the 777 right down to the smallest of GA aircraft. Adelaide is the perfect destination for your short haul needs and is only a small hop from other major cities across Australia such as Melbourne, Sydney, Brisbane and Perth.

All major internal and surrounding buildings have been meticulously and accurately hand crafted in great detail whilst still providing exceptional performance. Whether you’re shooting the ILS over the gorgeous Adelaide Hills into Runway 23 or trying your RNAV skills into Runway 05, you’re bound to enjoy everything that Adelaide has to offer.