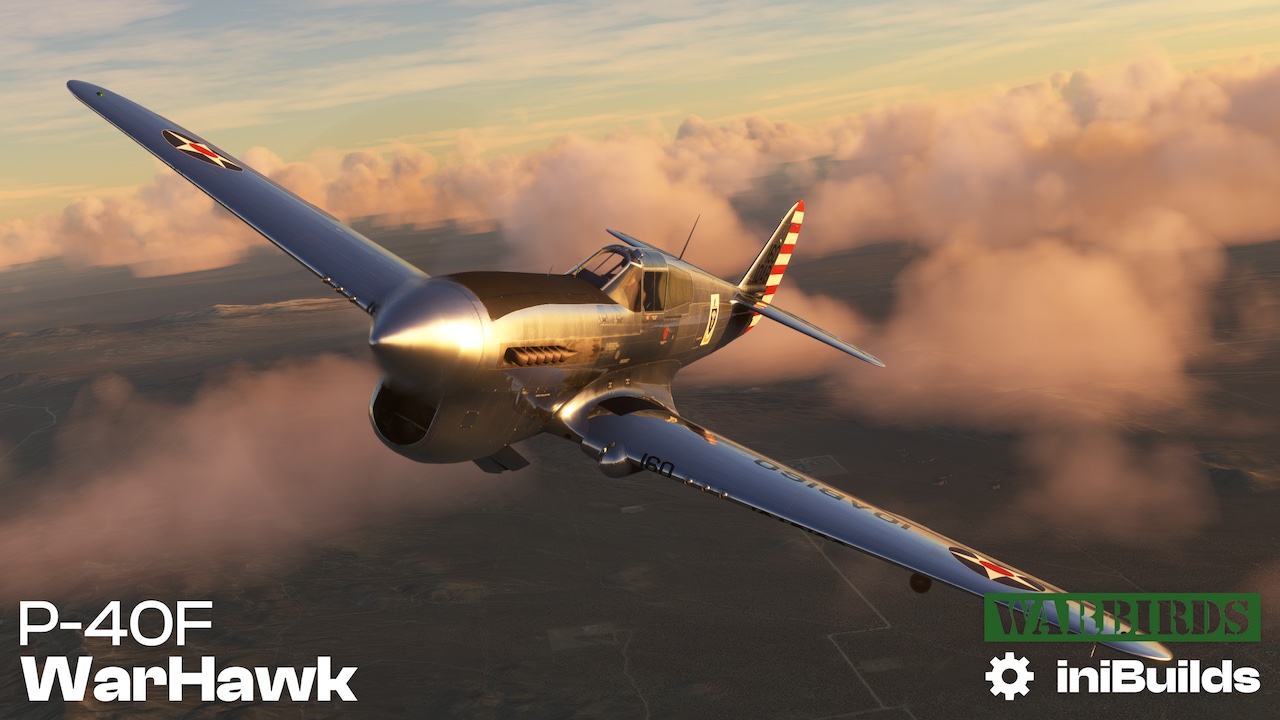 Introducing the well-known Curtiss P-40F WarHawk. It was ubiquitous and one of the best fighter planes of its era. The plane was produced at a large scale due to the time of its introduction in WWII. The P-40F played a critical role as ally forces used it as an air superior fighter, bomber escort, and fighter-bomber in various regions of the world between 1941 and 1944.

• Utilizing the latest in CFD implementation from Microsoft in aspects of flight including the primary flight surfaces, control surfaces and the propeller
• Authentically modelled Merlin engine, delivering true to life performance, curated with empirical evidence from pilots rated on type
• Fully modelled and functional fuel system, utilizing the new fuel mechanics offered by Microsoft Flight Simulator
• Fully functional EFB – including maintenance page, moving map, radios and weather information. This is an optional feature, for those wishing to have a more authentic experience (EFB can be toggled off)
• Removable cowlings exposing our detailed Rolls Royce Merlin Model, in addition to removable gun bay covers or baggage compartments depending on the variant you wish to fly
• Authentic real world sound set from an operational P-40F
• Fully functional lighting both inside and out, including UV glow in the dark gauges and needles, allowing you to fly in all types of weather
• Seven 4K liveries using the latest industry techniques, whilst maintaining an authentic style of the aircraft