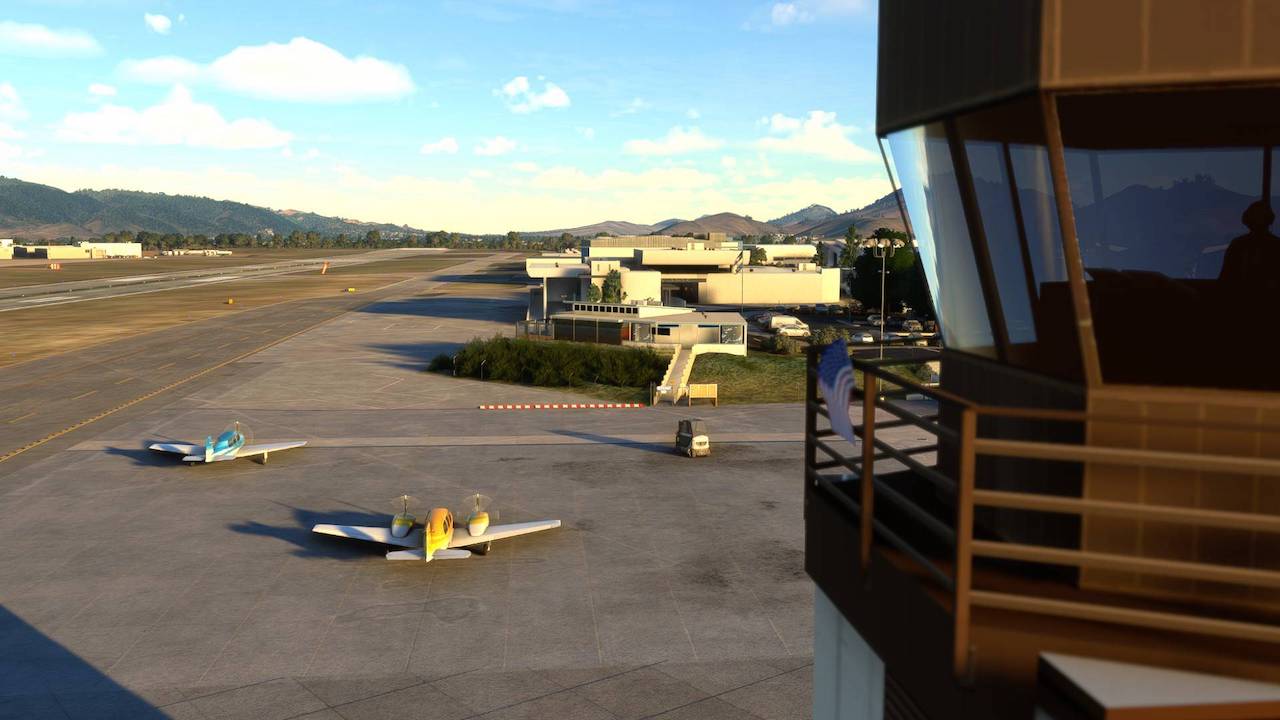 Changelog
v1.2.0:
– Terminal – texture mapping improved to work better with SU11
– Terminal guard poles on front – improved textures
– Flags – position improved
– Lights around the airport and on approach have been improved
– 100+ hours spent optimizing and cleaning up the airport for better immersion and fps

– Environment:
– Ground textures are blending better with world update 10
– Elevation on and around the airport improved
– Added objects around the field for more immersion

Description
Right in the middle of the California coast, between San Francisco and Los Angeles, lies the beautiful San Luis Obispo County Regional Airport KSBP (McChesney Field). With a very active presence of General Aviation aircraft, it also has three passenger airlines servicing non-stop flights to Seattle, San Francisco, Portland, Phoenix, Los Angeles, Denver, and Dallas-Fort Worth. Over the last few years the airport has seen incredible growth to almost half a million passengers a year and expanded its capacity with a brand-new passenger terminal and Fixed-base operator (FBO) terminal and hangar.

This brand-new Microsoft Flight Simulator rendition of KSBP has been created with an obsessive amount of detail. It makes use of all the incredible features the Microsoft Flight Simulator platform has to offer, such as crispy high definition full PBR texturing and incredibly detailed modelling of all the buildings and objects at and around the airport.

• High resolution modelling of interior in the terminal and FBO
• Detailed modelling of all hangars and buildings
• Animated boarding gates
• Meticulous focus on details, creating an immersive experience at the airport
• Realistic markings and obstructions on and around the airport
• Custom animated and weather-responsive elements such as windsocks and flags
• Realistic AI behaviour
• Complete night lighting environment for the entire airport area
• Enhanced grass and vegetation on and around the airport
• Tested and validated by actual residents and aviators from the SLO county airport community
• Fully designed for Microsoft Flight Simulator with hand-crafted PBR textures for every object, creating realistic depth, roughness, shadows and highlights