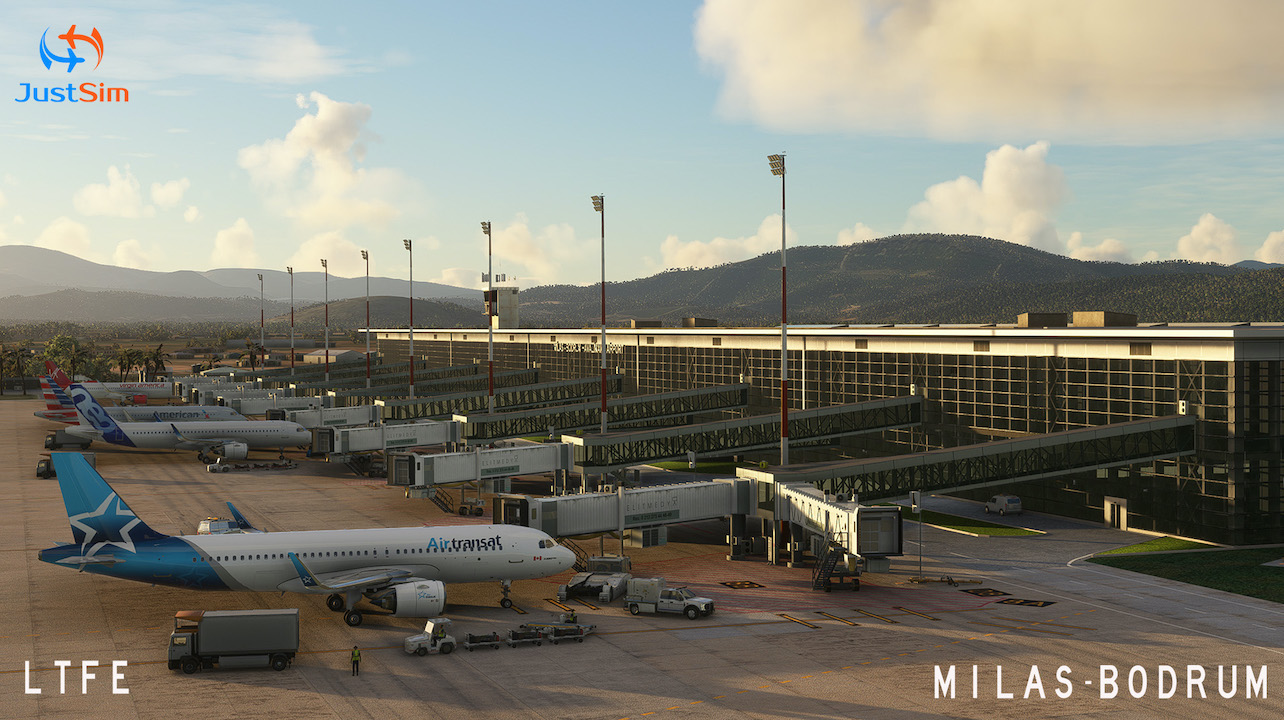 Info
Warning: This airport conflicts with MXI Design LTFE airport, only use one of the two (MXI Design recommended).
Description
Milas–Bodrum Airport (IATA: BJV, ICAO: LTFE) is an international airport that serves the Turkish towns of Bodrum and Milas. The airport is situated 36 km northeast of the town of Bodrum, and 16 km south of Milas

The new terminal, designed to handle 5 million passengers a year, opened in June 2012 and operation of the airport was transferred to a private company who run the airport on behalf of the Turkish Government. The terminal itself is now large and spacious with additional seating and two outdoor smoking areas which can be accessed, from the departures lounge. Improvements were made to the check in area and the former international terminal was converted into a domestic terminal.