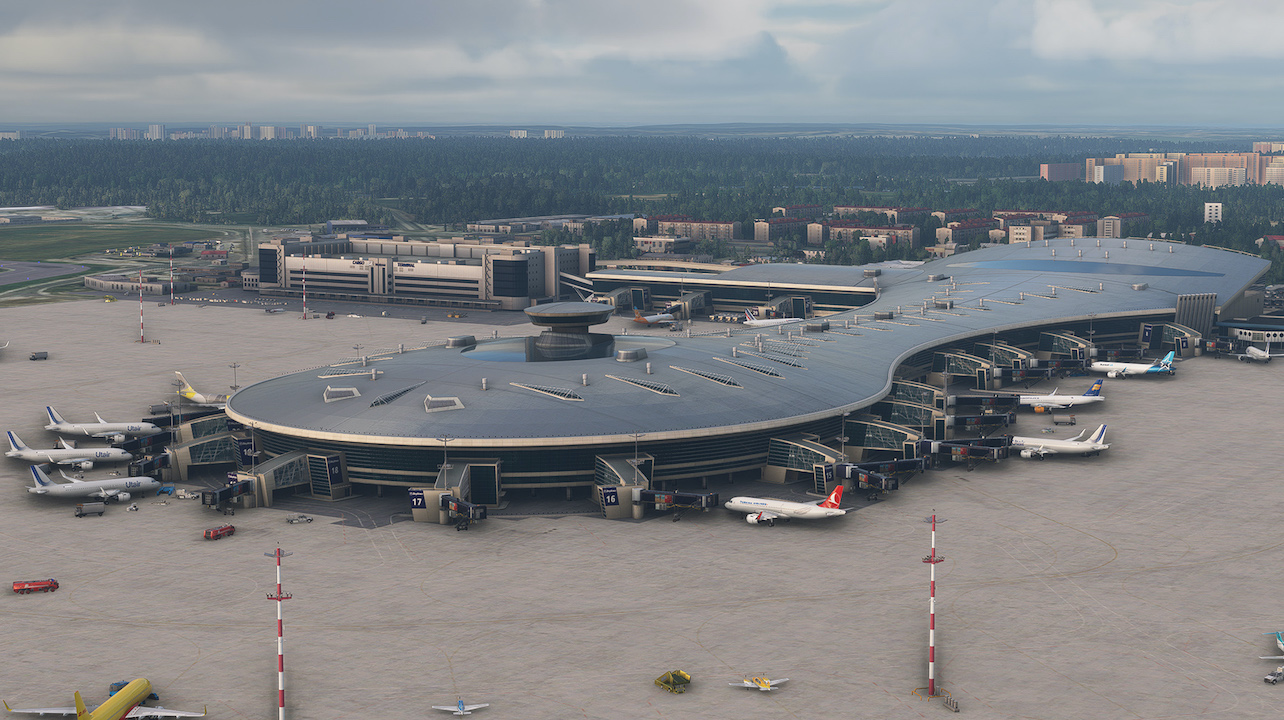 Description
Vnukovo International Airport (IATA: VKO, ICAO: UUWW), is a dual-runway international airport located 28 kilometres (17 mi) southwest of the centre of Moscow, Russia. It is one of the four major airports that serve Moscow, along with Moscow Domodedovo Airport, Sheremetyevo International Airport, and Zhukovsky International Airport. In 2015, the airport handled 15.82 million passengers, representing an increase of 24% compared to the previous year. It is the third-busiest airport in Russia.

Vnukovo is Moscow’s oldest operating airport. It was opened and used for military operations during the Second World War, but became a civilian facility after the war. Its construction was approved by the Soviet government in 1937, because the older Khodynka Aerodrome (located much closer to the city centre, but closed by the 1980s) was becoming overloaded. Vnukovo was opened on 1 July 1941. During the Great Patriotic War, it was used as a military airbase; passenger services started after the war.