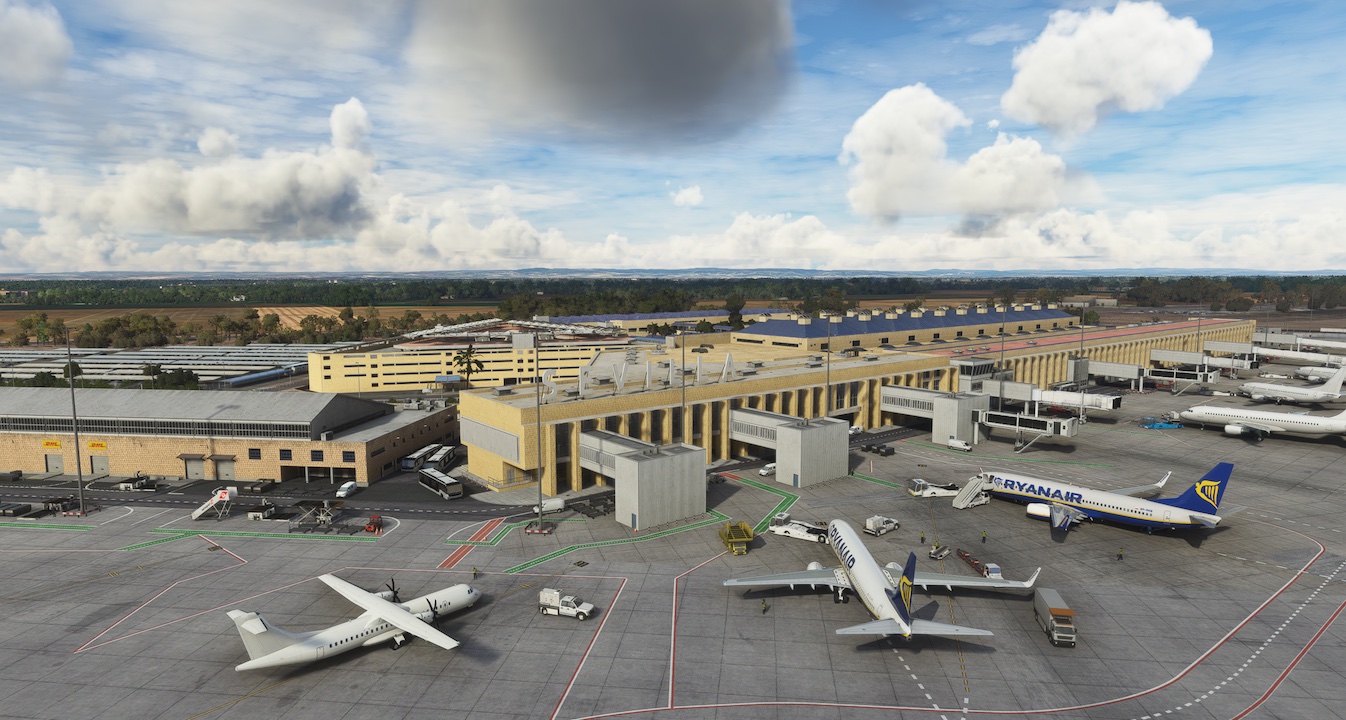 Info
Warning: This airport conflicts with ARIMA LEZL airport, only use one of the two (MK-STUDIOS recommended).
Description
Seville Airport (IATA: SVQ, ICAO: LEZL) (Spanish: Aeropuerto de Sevilla) is the sixth busiest inland airport in Spain. It is the main international airport serving Western Andalusia in southern Spain and neighboring provinces. The airport has flight connections to 42 destinations around Europe and Northern Africa and handled 7,544,473 passengers in 2019. It serves as a base for the low-cost carriers Vueling and Ryanair. It is 10 kilometers (6.2 mi) east of central Seville and some 110 kilometers (68 mi) northeast of Costa de la Luz.

The Seville airport is also known as San Pablo Airport to distinguish it from the older Tablada airport, which operated as a military aerodrome until 1990.