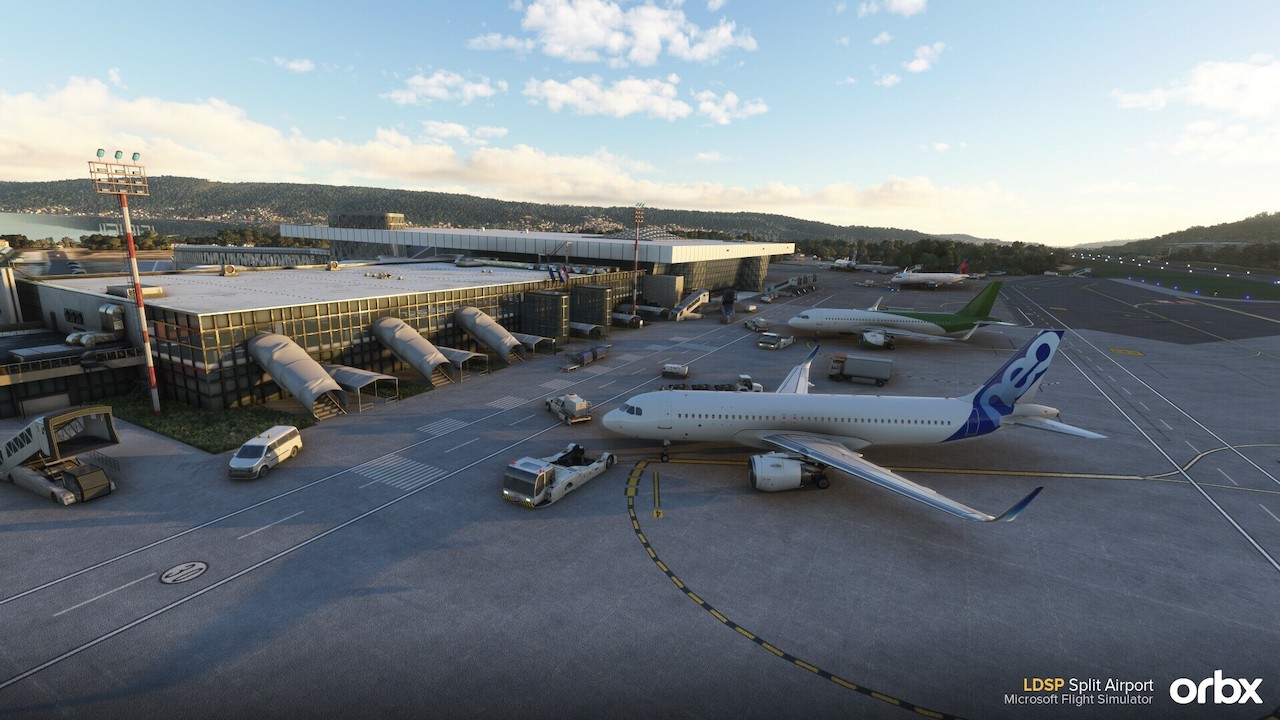 Info
Warning: This airport conflicts with Davor Puljevic LDSP airport, only use one of the two (Orbx recommended).
Changelog
v1.1.0:
– Added a significant amount of POIs to the area like Kaštel Gomilica, the Marina Kastela, St. Jeronima Church, and the Church St. Ivan Krstitelj Kaštel Lukšić
– Added more Marine objects as well as static helicopters at Zrakoplovna Baza, a Croatian military base

Description
Split Airport (LDSP) is the second busiest in Croatia and is a major destination during the European summer months with almost 50 destinations servicing the airport mainly with A320s and 737s. The airport saw over 3 million passengers in 2019 from many destinations across Europe.

Our talented developers have created a very accurate depiction of Split Airport for Microsoft Flight Simulator, including the interior of the main terminal and a detailed groundpoly all with PBR textures as standard. Coupled with dynamic lighting and reflections, the airport is brought to life.

Beyond the airport we have included 62.5 sq km of colour matched 30cm orthoimagery as well as a number of POIs including churches, stadiums, bridges and marinas.