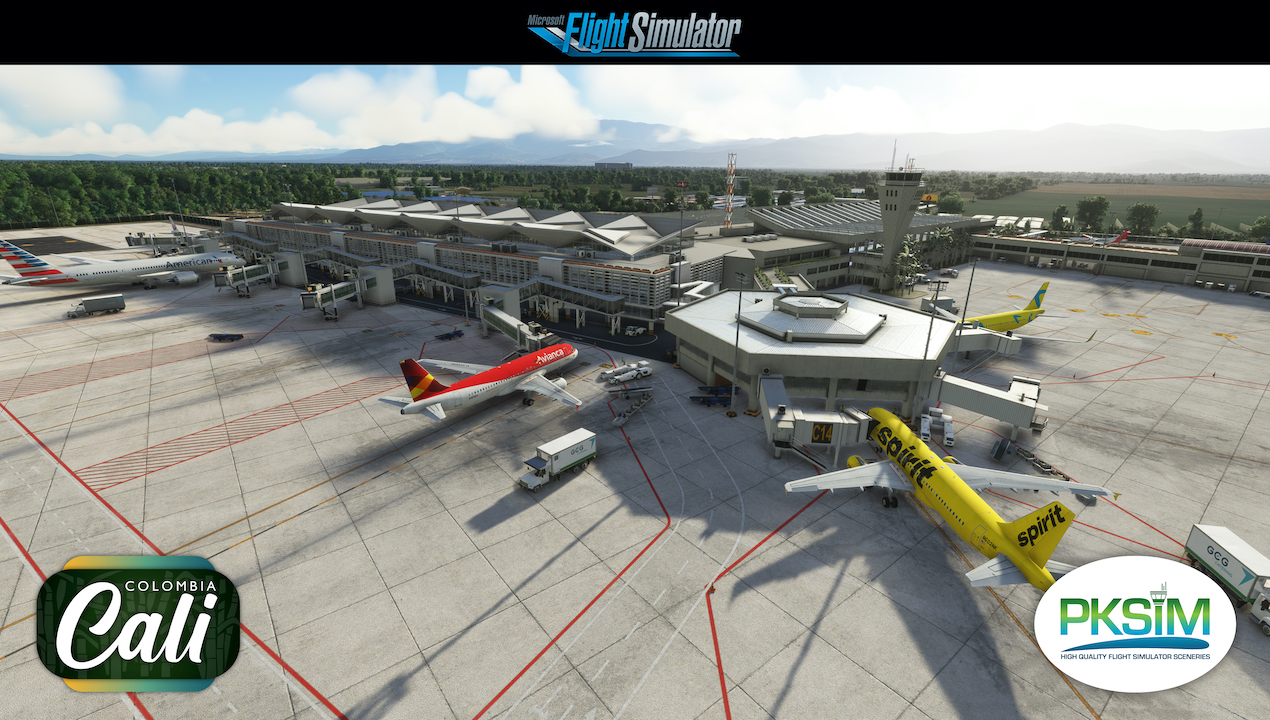 Info
Warning: This airport conflicts with TEIKOF Studio SKCL airport, only use one of the two (PKSIM recommended).
Description
Alfonso Bonilla Aragón International Airport (IATA: CLO, ICAO: SKCL) formerly known as Palmaseca International Airport is located between Palmira and Cali, the capital of Valle del Cauca Department, Colombia. It is Colombia’s fourth-busiest airport in passenger volume, with 5,600,000 people using the airport in 2016, and third largest in area and construction. The airport often serves as the alternate airport for Bogotá – El Dorado Int’l Airport and other Colombian airports.

The airport lies in the center of the wide and fertile Cauca River valley, which runs north – south between the Western and Central Colombian Andes ranges. It is approximately a five-hour flight from Santiago de Chile, 50 minutes from Quito, Ecuador, and about three hours, 18 minutes from Miami.

The airport is one of the very few secondary airports in Latin America that operates 24 hours a day. This is made possible by the year-round stable meteorological conditions, and its distance from both Cali and Palmira, which means it is not subject to any noise restrictions, allowing aircraft to take off and land at any time of day. The airport has non-stop flights to the United States, Spain, Ecuador, Panama and Peru.