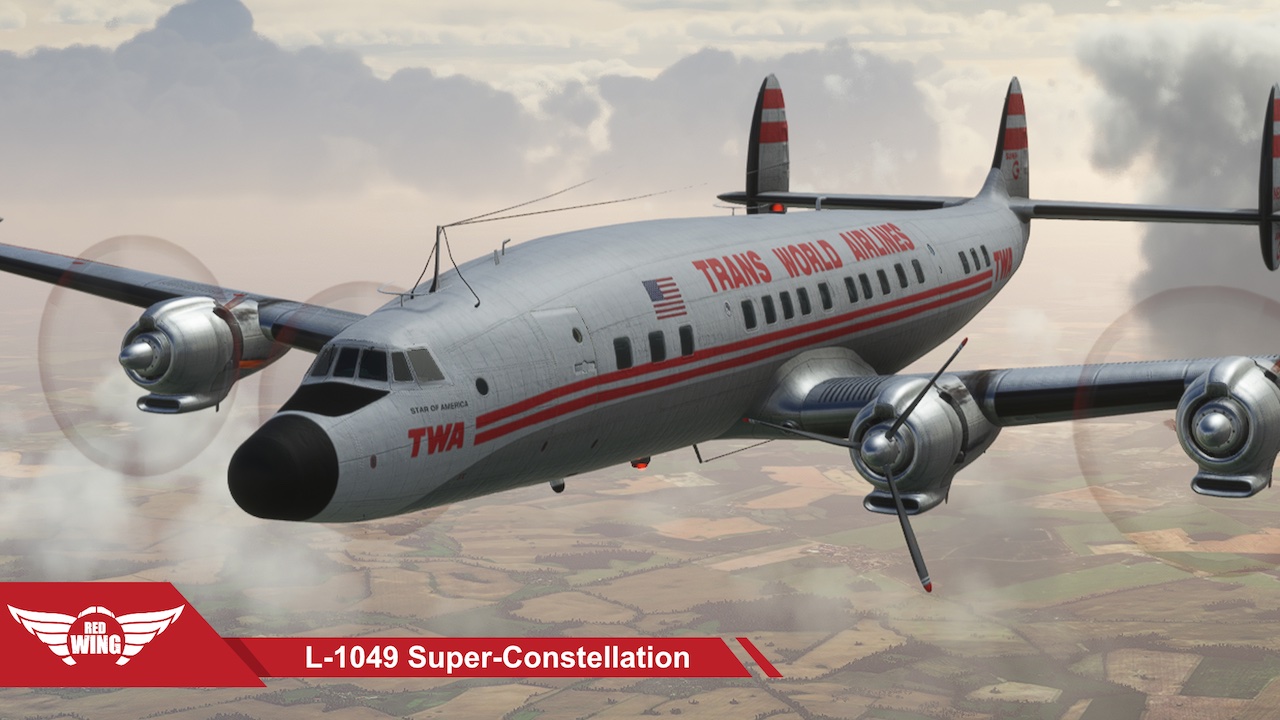 Info
Warning: This aircraft modifies default MSFS files which could affect other aircraft (AMS2000 Altitude Management & AS92 Radio files). We recommend to only install/link it if you fly with it, then uninstall/unlink it again.

Note: Make sure you have set your MSFS Flight Model to “Modern”, otherwise your throttle will not work correctly.

Description
She is one of the legends of aviation.

The L1049 was the first aircraft to cross the Atlantic in one go. An advanced comfort and technology including a former ILS or a live engine analyzer, as well as a majestic fuselage, earned it its letters of nobility.

Her nickname is Connie or Queen of the skies many years before the 747.