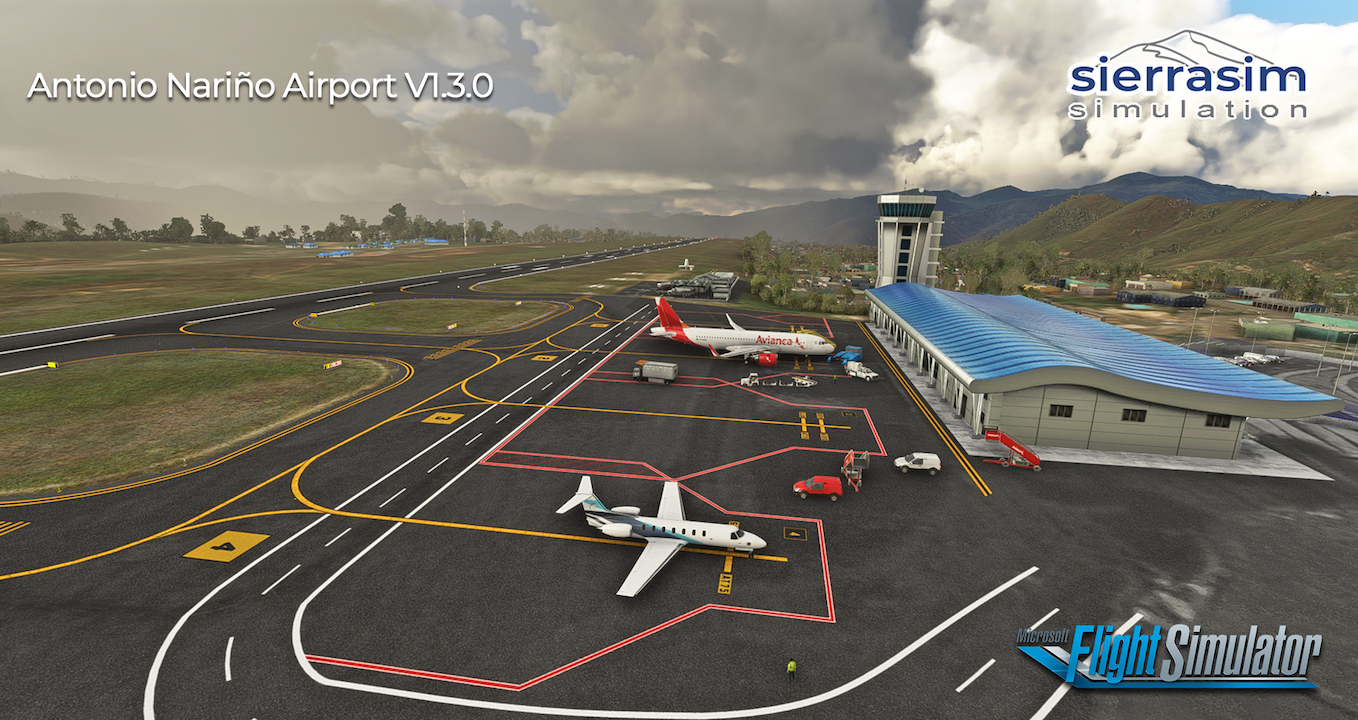 Description
Antonio Nariño Airport (IATA: PSO, ICAO: SKPS) is located in the town of Chachagüí and serves the city of Pasto in the Nariño Department of Colombia. The airport is 35 kilometres (22 mi) north of Pasto. It handles only domestic flights in addition to military operations and private charters. A new terminal, administrative and tower control are being built, also new navigation equipment is being set up due to the increasing number of passengers and cargo flights.

The airport’s runway was built on a plateau of 50 meters because of the surrounding terrain. Due to this, many pilots refer to the airport as an aircraft carrier. The runway is also relatively short for the elevation of the airport.

The position of the runway means that it is often rendered useless, since in the presence of crosswinds, it prevents aircraft making a safe takeoff and landing. Crosswinds are common during the summer, particularly during the month of August.