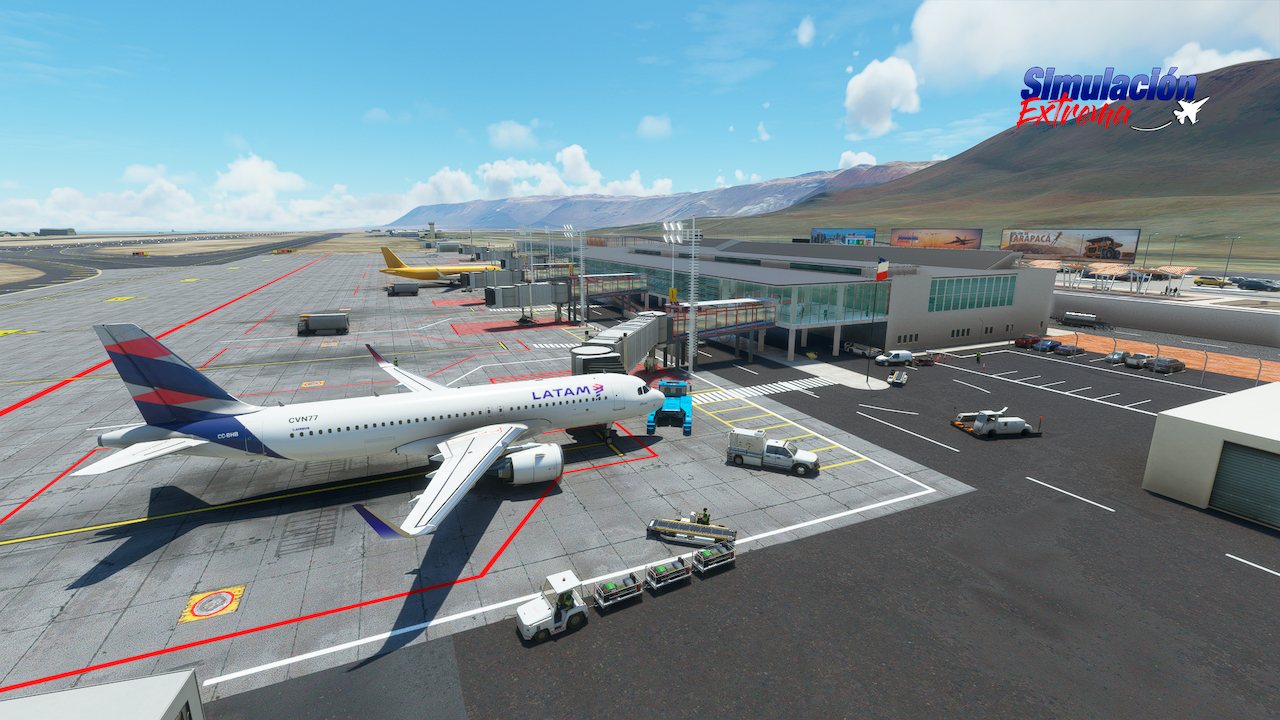 Description
New SCDA airport for MSFS2020, this development includes the new construction and improvements of the new Diego Aracena airport, for which it is a 100% renovated airport with new gates and parking lots.

All ground services available in the Gates and general parking lots.

Diego Aracena Aguilar International Airport (IATA: IQQ, ICAO: SCDA), formerly called Chucumata, is located approximately 45 kilometers south of the city of Iquique, Chile, through the new Route 1 Highway, which involves a journey 25 minutes from the city. This airport is public.1

It owes its name to the aviator Diego Aracena Aguilar, commander-in-chief of the Chilean Air Force between 1932 and 1938, and the first FACH officer in history to hold the rank of Air General in 1936.

Its geographical reference is 20 ° 32´ south latitude and 70 ° 10´ west longitude; Its elevation from the sea is 47.85 meters. Its runway is 3,350 meters long and 45 meters wide, suitable for any type of aircraft, which makes the airport the second in the country, only surpassed by the Comodoro Arturo Merino Benítez International Airport in Santiago. There is also a parallel taxiway (Alfa) 23 meters wide, which is also used by the facilities of the Los Cóndores Air Base, where the 1st Air Brigade of the Chilean Air Force is based. In addition, from the same terminal operates the Aviation Platoon No. 6 of the Chilean Army, the Grupo Aeronaval Norte of the Chilean Navy and a hangar of the Air Prefecture of Carabineros de Chile.