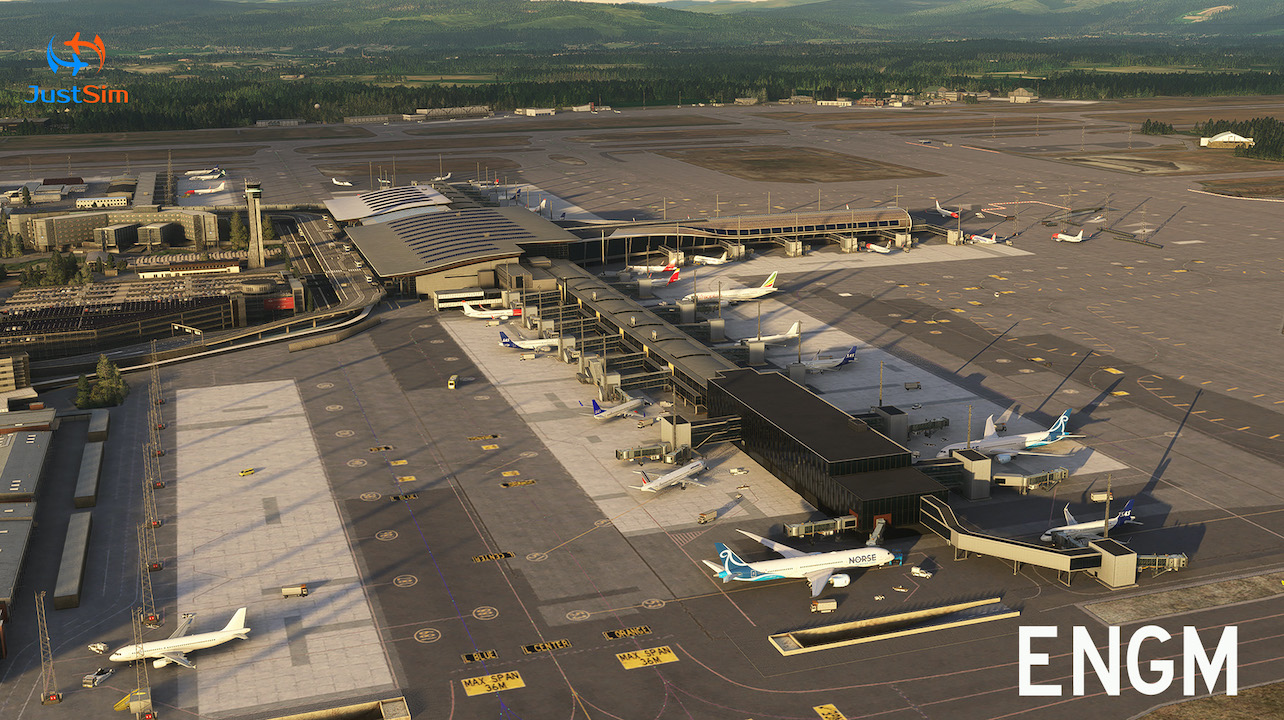 Description
Oslo Airport (Norwegian: Oslo lufthavn; IATA: OSL, ICAO: ENGM), alternatively referred to as Oslo Gardermoen Airport or simply Gardermoen, is the international airport serving Oslo, Norway, the capital and most populous city in the country. A hub for Flyr, Norse Atlantic Airways, Norwegian Air Shuttle, Scandinavian Airlines and Widerøe, it connects to 26 domestic and 158 international destinations.nnThe airport is located 19 nautical miles (35 km; 22 mi) northeast of Oslo, at Gardermoen at the border of municipalities Nannestad and Ullensaker, in Viken county. It has two parallel roughly north–south runways measuring 3,600 metres (11,811 ft) and 2,950 metres (9,678 ft) and 71 aircraft stands, of which 50 have jet bridges.

The airport is connected to the city center by the high-speed railway Gardermoen Line served by mainline trains and Flytoget. The percentage of passengers using public transport to get to and from the airport is one of the highest in the world at nearly 70%. The ground facilities are owned by Oslo Lufthavn AS, a subsidiary of the state-owned Avinor. Also at the premises is Gardermoen Air Station, operated by the Royal Norwegian Air Force. An expansion with a new terminal building and a third pier opened in late April 2017.nnThe airport location was first used by the Norwegian Army from 1940, with the first military airport facilities being built during the 1940s. The airport remained a secondary reserve and airport for chartered flights to Oslo Airport, Fornebu, until 8 October 1998, when the latter was closed and an all-new Oslo Airport opened at Gardermoen, costing 11.4 billion Norwegian kroner (NOK)