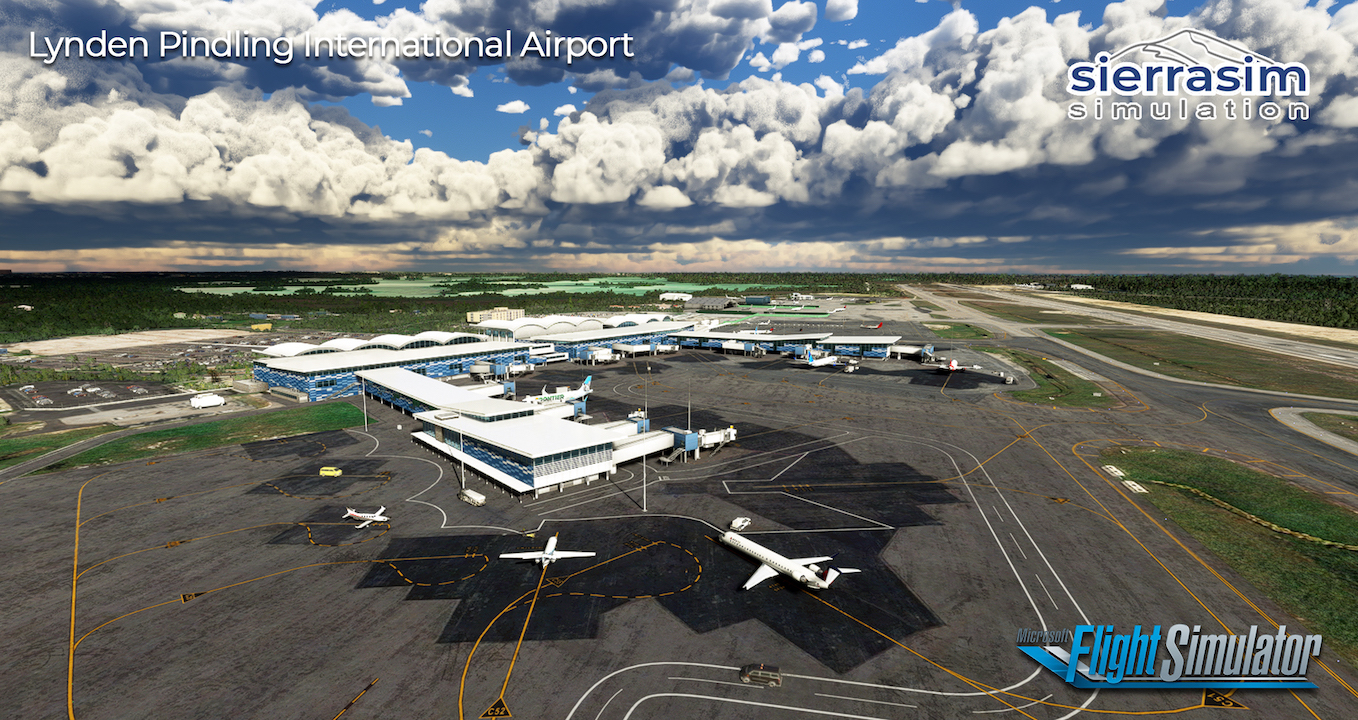 Info
Warning: Lots of other payware & freeware airports are causing a huge cube at this airport to appear (even on the default MYNN airport).
Description
Lynden Pindling International Airport (IATA: NAS, ICAO: MYNN), formerly known as Nassau International Airport, is the largest airport in the Bahamas and the largest international gateway into the country. It is a major hub for Bahamasair, Western Air, and Pineapple Air. the airport is located in western New Providence island near the capital city of Nassau. The airport is named after Lynden Pindling, the first prime minister of the Bahamas.